How Do You Prove That The At-Fault Driver Was Texting While Driving?

In order for you to recover financially from a distracted driving accident, your personal injury attorney must prove that the driver acted negligently. Here are the different ways possible to prove a driver was engaging in a type of distracted driving: 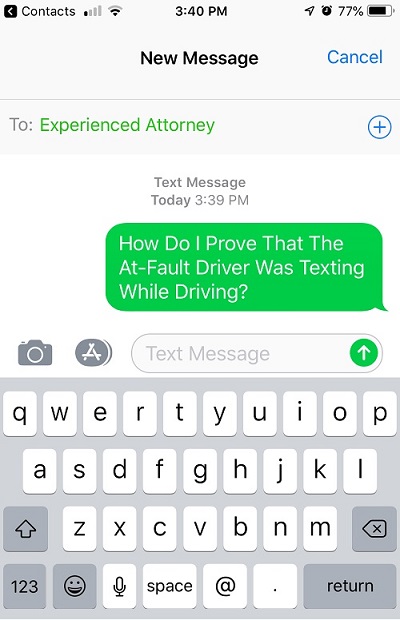