What if the At-Fault Driver Won’t Respond to the Insurance Company? 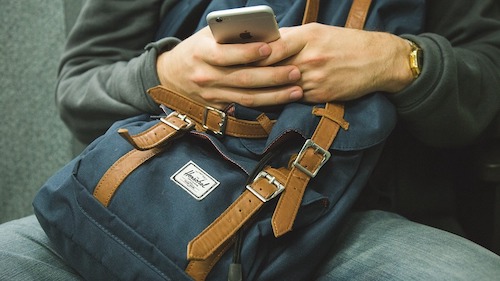 It’s a nightmare scenario - you’ve been injured in a car accident that wasn’t your fault. Your medical bills are piling up, you've already had to miss time at work, and the insurance company is calling you left and right.

If you took the proper steps and collected all of the necessary information from the other driver at the scene of the accident, you should be ready to proceed with filing a claim with the at-fault driver's insurance company.This usually involves you providing your account of the incident as part of a recorded statement, after which an adjuster will be assigned to your case.

Next, the insurance company will try to get the other driver's version of events so that both statements can be compared and reviewed for any inconsistencies. But suddenly the adjuster tells you that they can’t get ahold of the at-fault driver, or that the driver who hit you won't speak to them about the accident. The adjuster may even tell you their hands are tied until the other driver decides to cooperate.

Where does this leave your claim? If you're really badly injured and are facing mounting medical bills or an extended absence from work, consider contacting an experienced car accident lawyer about your legal rights and options.

Insured Drivers Have A Duty To Cooperate

Every modern auto liability insurance policy has a "duty to cooperate" clause, in which the insured driver has explicitly agreed to cooperate with their insurer's investigation and defense of a claim. Failure to cooperate may result in an insurance company deciding to deny coverage.

Since in this example you would be the person instigating the claim, you may feel that the process should be easier since you are cooperating. But really, the other driver is the person who would be seeking coverage under this policy. Since you are claiming someone else is at fault for the accident which caused your injuries, you are making a legal liability claim against that individual.

The at-fault driver's insurance coverage is designed to protect them from having to use their own finances to compensate you. By simply filing a claim with their insurance company, you are entering into an adversarial relationship with the driver and the insurance company. Understanding and accepting this important distinction for what it is should help you gain a more realistic perspective on the personal injury claims process and your relationship to those involved.

If you make a claim against another driver's insurance company, that insurer is technically referred to as the "third party" insurer, and your claim is a third-party liability claim.

Many accident victims mistakenly believe that insurance companies exist to provide coverage to them if they've been harmed. This is one of the greatest misconceptions about the auto insurance industry and liability insurance claims processes. In reality, the other driver's insurance company has a duty to protect their own insured driver against your claim. Insurance companies do this in several ways:

While you wait for the other driver’s insurance company to get their situation straight, review the declarations page of your own auto insurance policy. If your policy includes Uninsured/Underinsured Motorist (UM/UIM) coverage, you may also be able to file a claim with your own insurance company. This would be considered a first-party claim, since the claim is being made against your own insurer and not another driver's.

Making an uninsured motorist coverage claim may be your best option in this situation. Even though the other driver technically has insurance, your UM/UIM coverage may be available because the other insurance company is unwilling to offer their insurance benefits due to the other driver’s failure to cooperate. The other side might be looking for a way to decline coverage because their driver is not responding.

Choosing this path allows you to move forward, but it also comes with additional complexities. You may benefit from consulting with a lawyer about how to proceed if you reach this point.

What About Collision Coverage?

Remember: this only covers the property damage to your car, not your injuries.

Filing a Lawsuit Against the Other Driver

When you do this, the other driver’s insurance company will hire an attorney to represent their client in the lawsuit. This can be difficult and usually will be taken to small claims court. If you reach this step in the process, if may be necessary to consult with an experienced personal injury attorney to evaluate your options. Sometimes, but not always, once a lawsuit is filed the adjuster on the other side will accept service on their insured's behalf.

The top-rated legal team at Davis Law Group has helped auto accident victims in Washington state and across the U.S. better understand their legal rights and the inner workings of the insurance claims process for more than 25 years. We work with injury victims every day to evaluate whether their case would benefit from an attorney's help, or if they may be capable of resolving their own claim without having to pay for an attorney.

Call our office in Seattle at (206) 727-4000 or use the confidential contact form on this page to request a free legal consultation with an attorney today. There are no up-front fees or costs associated with hiring an attorney at Davis Law Group, and you owe no attorney's fees until we have successfully recovered compensation on your behalf.