The Washington State Crime Victim Compensation Program was designed to assist residents of Washington state who have suffered personal injury from a violent crime. The program is managed by the Washington State Department of Labor & Industries (L&I) and provides financial support to crime victims for expenses resulting from a crime.

Drunk driving is considered a violent crime, and victims of drunk driving usually qualify for Crime Victim Compensation benefits if they suffered a bodily injury resulting from a “vehicular crime.” Technically speaking, most motor vehicle collisions that involve a drunk driver would qualify as a vehicular crime.

In order for a victim to be eligible, the collision must have been reported to the police within one year of the date of the incident and a claim for benefits must be filed within two years. 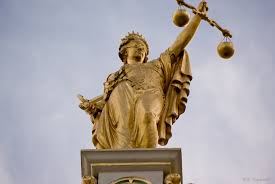 Can I Still Pursue a Claim if I Receive Crime Victims Compensation?

Applying for benefits from the Crime Victims Compensation fund does not prevent drunk driving accident victims from suing the at-fault driver or any other entity that may be responsible including the State of Washington.

The program began in the early 1970s after a series of news editorials argued that it was extremely unjust for victims of violent crime to be left in financial disaster while the criminals responsible for their injuries were afforded medical care and housing through the state's prison system. The state legislature agreed that this was unfair and passed the Crime Victims Compensation Act.

Applying for Benefits from the Crime Victims Compensation Fund

The Crime Victims Fund is managed by the Department of Labor and Industries, and claims are handled in a similar manner as workplace injury claims.

After you have filled out the application, you may mail or fax it to the state: