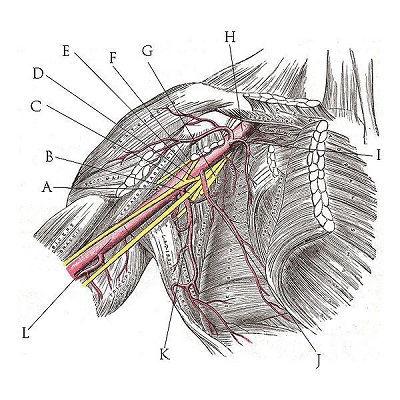 Our client, A.B., was sitting in the passenger seat when a careless driver plowed into the back of the car she was riding in. A.B. and the driver were both badly injured in the crash.

A.B.’s pain was especially persistent: she developed Thoracic Outlet Syndrome, an excruciating condition in which the nerves and blood vessels of the shoulder are compressed after a traumatic injury.

Thoracic Outlet Syndrome is a group of disorders that occur when blood vessels or nerves in the space between your collarbone and your first rib (thoracic outlet) are compressed. This can cause pain in your shoulders and neck and numbness in your fingers.

A.B. had to undergo multiple surgeries to correct the damage called by her accident, and she struggled with her recovery from surgery while caring for her new baby and dealing with bankruptcy caused in part by her medical bills.

The legal battle was a long one. Her case lasted several years and took some twists and turns. In the end, Davis Law Group recovered $125,000 for her injuries and other damages.

It’s extremely difficult to say what the average settlement for thoracic outlet syndrome is. There are far too many cases each year involving this injury, and most settlements are not publicly released. For that reason, we are cautious to say what the “average” is.

But by doing some research and looking at a small sample size of settlements, we can determine a ballpark range for these cases.

The following are some featured cases involving thoracic outlet syndrome:

After a long legal battle, we were able to recover $125,000 in damages for our client.