$4 Million for Family of Woman Killed in Drowsy Driver Crash 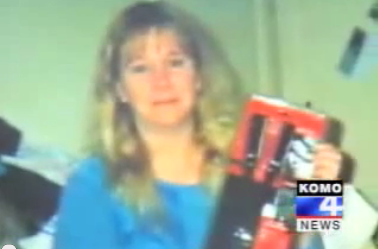 On May 25, 2007, the employee of a Woodinville manufacturing company tragically caused a fatal car accident in Auburn that claimed the life of a 41-year-old Sandra Johnson, a nurse and mother of four children.

Johnson, 41, was stopped in her vehicle on Auburn Way South waiting for traffic to clear when John M. Starr, an employee of W.A. Botting Company, fell asleep-at-the-wheel, lost control of his company vehicle.

Starr crashed into Johnson’s vehicle at a high-rate of speed, and she was pronounced dead at the scene. As police investigated the collision, it was discovered that Starr had recently finished working a double-shift for the company and was on his way home when he fell asleep while driving.

Sandra Johnson had been employed as a nurse in an assisted living facility, and left behind four surviving children – ages 5, 6, 13, and 21 at the time of their mother’s death – who meant the world to her, according to other family members.

Defendants Agreed to Settle Ahead of Trial

Initially, W.A. Botting Company and its insurance company maintained that the crash was not the driver’s fault and that they were not liable for the damages suffered by the plaintiff and her surviving family members. The attorneys at Davis Law Group filed a wrongful death lawsuit against the at-fault driver, W.A. Botting Company, and its insurer, to force the company to take the settlement discussions more seriously. Trial was set, and the firm continued to negotiate with the defendants.

However, the defendants’ tone changed as trial approached and they agreed to settle the case instead of allowing it to be heard by a jury.

In total, the car accident attorneys at Davis Law Group successfully recovered a $4 million settlement for the surviving children and Johnson’s mother. The settlement was placed in trust and administered through a court-appointed guardian for the children.

A local contracting company employee fell asleep behind the wheel, crashing into our client, Sandra Johnson. We negotiated a $4 million settlement providing her surviving children the assistance they require for the rest of their lives.