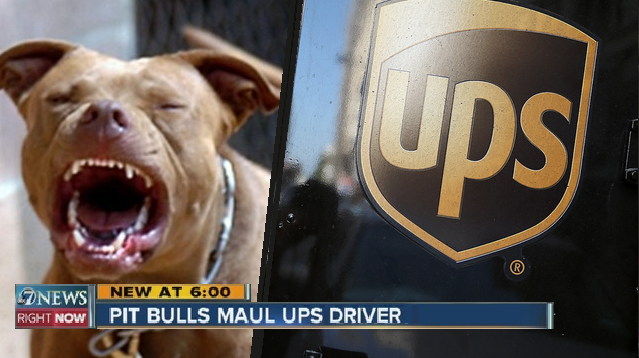 The award-winning Seattle dog bite attorneys at Davis Law Group secured a $875,000 settlement for a UPS driver who was grievously injured by a group of pit bulls while delivering a package.

When Kevin Backlund began his delivery route on Wednesday, September 13th 2017, he had no idea it would be a day that changed his life forever. He also had no way of knowing that as he approached the unlocked gate at a Puyallup home, there were four pit bulls waiting for him on the other side.

Our client found himself surrounded by four pit bulls who quickly closed in on him and began biting his arms legs and extremities until he climbed on top of a nearby flatbed trailer and was able to call 911-for help.

When help finally did arrive, first responders reported not being allowed onto the premises and having to ram the closed gate to reach Kevin before the still attacking dogs were able to do more damage or kill him.

The Aftermath of the Attack

Kevin suffered bite wounds all over his body, lost a significant amount of blood and had significant damage to muscle tissue through his legs requiring surgery over 150 stitches, and years of rehabilitation and treatment.

The dogs were put down as a result of the attack despite the lack of cooperation from their owners who did not face criminal charges for their actions.

Mr. Backlund is continuing his treatment through regular physical therapy sessions that are allowing him to continue to slowly return to his regular life, including hoping to return to work with UPS.

After years of care and recovery, investigations and negotiations, the team of dog bite attorneys at Davis Law Group were able to reach a settlement with the involved insurance companies totalling $875,000 for Mr. Backlunds pain, suffering, medical care and lost wages.

While our team was able to show the damage done to Mr. Backlund was potentially worthy of a significantly larger recovery, the $875,000 amount represents the limits of the amount available for Mr. Backlund to recover and significant help to allowing Mr. Backlund to resume a life that more closely approximates his before the attack.

No amount of money can undo the damage that Mr. Backlund suffered in September 2017, and nothing can justify the actions of the negligent owner whose dogs so viciously mauled our client. That being said, but we are proud we were able to provide the best possible representation for Kevin's case and get him the best result possible.

Davis Law Group has secured a $875,000 settlement for a UPS driver who was grievously injured by a group of Pit bulls while delivering a package.