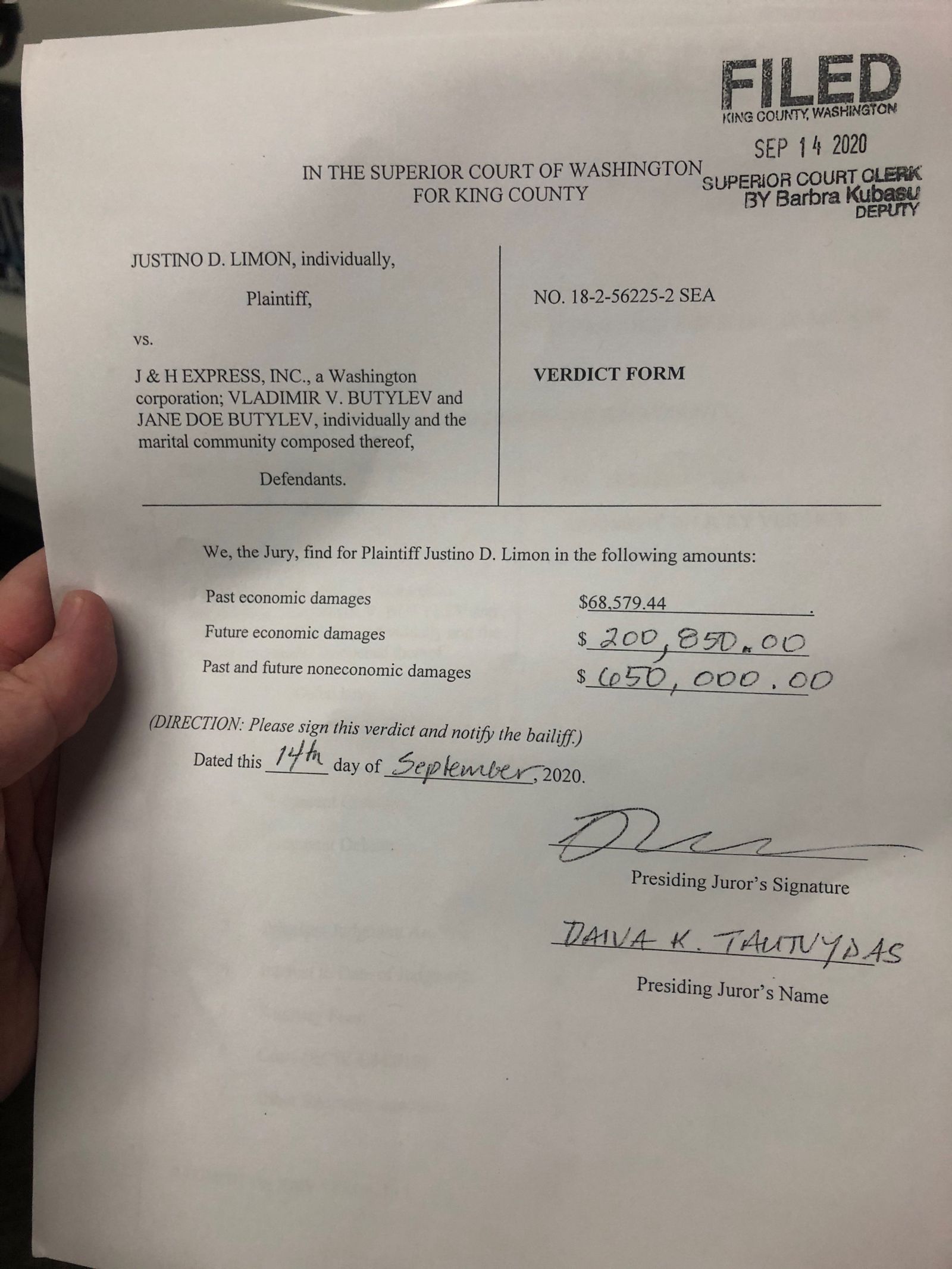 After stopping for traffic while traveling south on I-5 in Seattle our client was struck from behind by a semi-truck, causing hundreds of thousands of dollars in damages including injuries to his back and neck.

Our client was in and out of treatment facilities for months following the accident including undergoing three months of physical therapy.

Ultimately our client suffered injuries that will affect him for the rest of his life and prevented him from being able to return to work without retraining for a different role due to his physical limitations.

The driver of the semi-truck that caused the accident was cited for driving too fast for conditions and causing the accident at the scene.

Benefits Of Going To Trial

Davis Law Group is committed to getting the best possible results for our clients no matter what it takes, this includes taking a client's claim to trial if negotiations with the insurance companies stall.

In this case, the at-fault driver's insurance company tried wanted to settle for less than $100,000, and even as the trial date approached, failed to offer more than $200,000 before the trial began.

Often settlement negotiations can continue throughout the course of a trial as more facts come to light and outcomes become more or less likely, in this case however the largest amount offered by the insurance company was just $250,000.

Davis Law Group was able to get a judgment for nearly five times what a client would have been asked to accept if they did not have a team willing to take their case all the way to trial.

Most personal injury attorneys don't see the inside of a courtroom for the majority of their careers, Davis Law Group's willingness to take a clients' claim all the way through trial is just one way our team of highly skilled and experienced accident attorneys stand apart from the rest.

Davis Law Group secured a $919,429 judgment from King County Superior Court for a semi-truck accident victim after a rear-end collision.