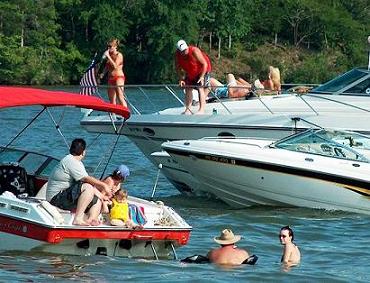 The boating accident lawyers at Davis Law Group were hired by the family of a young girl who was injured in an accident with a boat while she was swimming on a popular lake.

Our client, a 16-year-old girl, suffered permanent injuries to her legs, including her thighs and pelvis area, when she was run over by a speed boat driven by a person she did not know.

When our client was initially struck by the boat, the force from the impact knocked her unconscious. She went underneath the boat where she sustained four gash wounds to her legs from the boat's propeller. She required emergency surgery to repair the injuries and minimize the chances of infection. She also required extensive follow-up procedures to repair the scarring that resulted from the injuries.

In total, the victim's medical bills exceeded $70,000. Once her family knew she was on track to recover from her injuries, they began to worry about the long-term impact of their child's injuries and the financial implications that could result from the mounting medical bills.

After thoroughly researching their legal options, the girl's family contacted the experienced team of personal injury lawyers at Davis Law Group. Our team met with the girl's parents and explained how hiring an attorney could significantly increase the likelihood of a favorable outcome, either through settlement negotiations or by taking the case to trial if necessary.

We filed a lawsuit against the at-fault boat operator and their insurance company to force them to negotiate a possible settlement in good faith with our client. We also conducted a thorough investigation into the boat accident to determine all factors that contributed to the accident. We discovered that the boat operator admitted to witnesses that he was not paying attention to his surroundings and did not see our client swimming.

After more than a year of investigating the case and negotiating with the boat operator's insurance company and their attorneys, we eventually recovered a $600,000 settlement on our client's behalf. This not only covered her outstanding medical bills and other related medical costs, but also afforded her the ability to pay for future scar revision surgery so that she was not left with a reminder of this tragic accident.