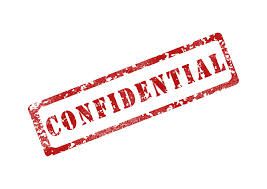 The award-winning legal team at Davis Law Group recently settled a multi-million dollar personal injury case on behalf of a client injured in a motorcycle accident with another driver that took place on a state highway in Seattle, King County, Washington.

Facts Of The Motorcycle Accident In Seattle

A driver of a sedan automobile made a sudden lane change into our client’s lane while driving a motorcycle.  Our client reacted instantly by jerking the handlebars in an effort to avoid a collision. The sudden movement caused our client to lose control of the motorcycle and lay it down on the pavement where it skidded for more than 25 feet.

Detailing The Extent Of Our Client’s Injuries

CRPS is a chronic pain condition that can cause severe and unrelenting nerve pain that causes debilitation, disability and impairment.  The nerve pain can be excruciating. CRPS is controversial among many healthcare providers because there is no proven cure, or known cause. CRPS is believed to be caused by damage to or malfunction of the peripheral and central nervous systems. CRPS is often associated with a severe injury following trauma, but it can also develop on its own without trauma.  The medical literature cannot adequately explain why some people develop CRPS and why others don’t.

The driver of the other vehicle only had a $25,000 insurance policy which was offered to the client before he retained Davis Law Group.  The driver’s insurance company stated that the sum of $25,000 was the most that would ever be paid to settle the claim.

A Thorough Investigation Pays Off

The client was very close to accepting the $25,000 policy limit to settle all claims when Davis Law Group was contacted. Fortunately, attorney Chris Davis instructed the client NOT to accept the driver’s $25,000 insurance limit and persuaded the client to allow our experienced legal staff to investigate and litigate the case.

The client’s medical bills exceeded $200,000. The client also claimed that the injuries suffered were permanent. The defense medical experts (4 total) disputed permanency and alleged that the client had severe psychological problems.  Mr. Davis conducted a national search for the top medical doctors and experts that were knowledgeable of Complex Regional Pain Syndrome.

One of these experts we consulted with on this matter was located outside the state of Washington. This expert was ultimately hired by Mr. Davis to conduct an examination of the client, review the medical records, and then offer testimony at trial about CRPS.  Mr. Davis flew to the expert’s clinic for the expert’s discovery deposition which in the end was helpful in persuading the defendants’ insurance companies to increase their offer to settle the case short of trial.  However, Mr. Davis was fully prepared to try the case to a 12-person jury and ask for a substantial multi-million dollar verdict.

The case settled for $5 million dollars on confidential terms just a few weeks before the trial was scheduled to commence.  The final settlement was 200 times more than the initial offer of $25,000 that the client had received before Davis Law Group was retained.

We recently recovered a $5 million settlement on behalf of our client who was badly injured in a motorcycle accident with a commercial vehicle. Our team's thorough investigation played a major factor in the client's ability to recover a fair settlement.