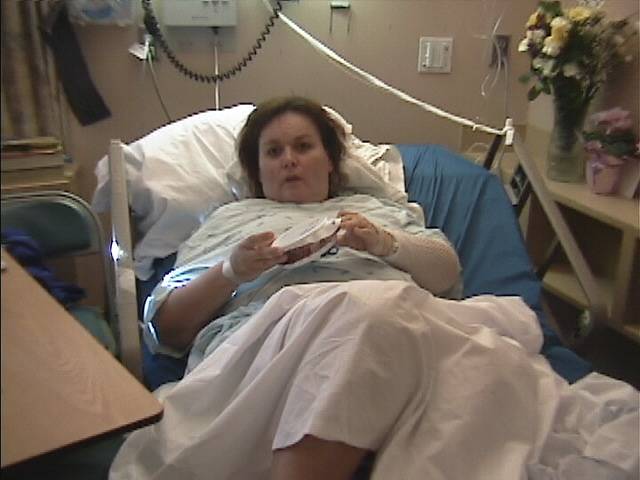 Frances was severely injured in a serious motor vehicle accident in Sammamish on January 11, 2002 that occurred after a driver of a truck hit her vehicle, which then sent the car crashing into a tree.

Frances, a 41-year-old mother of four children at the time of the crash, was driving southbound on Sahalee Way Northeast in Sammamish when she was struck by a vehicle that was pulling out of a neighborhood entrance and onto Sahalee Way.

The high-speed impact sent her vehicle off the roadway and over an embankment before crashing into a tree and finally coming to a stop. She suffered a traumatic brain injury and broke her back in two places in the collision, which diminished her ability to continue working as a transplant nurse at the University of Washington Medical Center.

It was later discovered that a King County dump truck and loader were parked in the shoulder on Sahalee Way Northeast, which blocked the other driver’s view of any potential oncoming traffic. The driver claimed he was inching forward to see if he could get a better view of the road when our client’s vehicle suddenly appeared from behind the dump truck.

Due to the severity of her injuries and mounting medical bills, Frances sought out the assistance of the award-winning car accident attorneys at Davis Law Group.

The county employees who were working at the time did not call for help or try to aid Frances after the crash. Witnesses say they packed up their equipment and left the scene, leaving behind some traffic cones and hand tools.

Preliminary investigation also revealed that an employee at the Sahalee Country Club had reported poor visibility resulting from the location of a maintenance truck to the City of Sammamish about two weeks prior to the collision. Responding to this report, a Sammamish police officer had told the King County Department of Transportation that parking in this location was dangerous and ordered that they use a flagger to warn motorists of the reduced visibility.

The county failed to use a flagger despite the officer’s warning, which allowed for this tragic combination of events to take place. The driver agreed to pay $2 million for his role in causing the injuries to our client, while the county agreed to pay the remaining $3 million.

A total of $5 million was recovered on behalf of our client and her loved ones. She had accrued more than $300,000 in medical bills and $1 million in lost wages alone as a result of this tragic collision.

We recovered a $5 million settlement for Frances, a 41-year-old who suffered a brain injury and broken back after a vehicle blindsided her. A King County truck was improperly parked on the shoulder, instigating the collision.