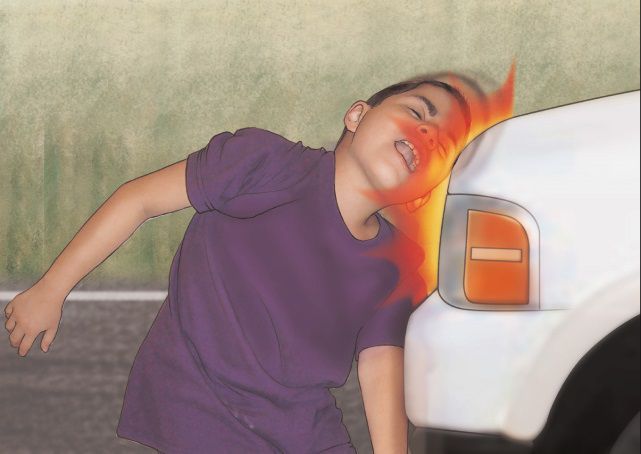 In August 2002, Carrie was riding with her two minor children on a Kitsap Transit bus in Bremerton, Washington. She had ridden this particular bus many times in the past, which included a stop right outside of the apartment complex she lived in. She realized shortly after the trip began that she had mistakenly boarded the “express” route bus, which was not scheduled to stop near her apartment.

As they began to exit the bus, a woman driving a Ford Explorer SUV was stopped behind the bus. She became impatient and decided to pass the bus by crossing the double-yellow line in the roadway, despite the fact that a double-yellow line indicates a no-passing zone according to the Revised Code of Washington (RCW 46.61.130).

Carrie’s seven-year-old son was the first to cross into the roadway, and as he entered the other side of the street he was struck by the SUV attempting to pass the bus. 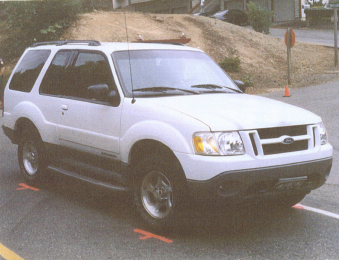 The hood of the vehicle struck the boy’s head directly, and the impact threw him approximately 15 to 20 feet. The driver of the SUV told police she was traveling approximately 25 mph at the time of the incident. The boy was airlifted to Mary Bridge Hospital in Tacoma to be treated for the injuries he suffered in the bus accident.

He was diagnosed with a traumatic brain injury, kidney contusion, and other musculoskeletal injuries.

Initially, the at-fault driver’s insurance company blamed the bus driver for stopping at an unmarked stop. A judge dismissed the bus driver from being liable for the boy’s injuries, and defense counsel filed an appeal to that ruling.

While the appeal was pending, attorney Chris Davis successfully negotiated a $415,000 settlement with the insurance company on behalf of the injured boy.

7-year-old boy who suffered a TBI after a bus stop accident.