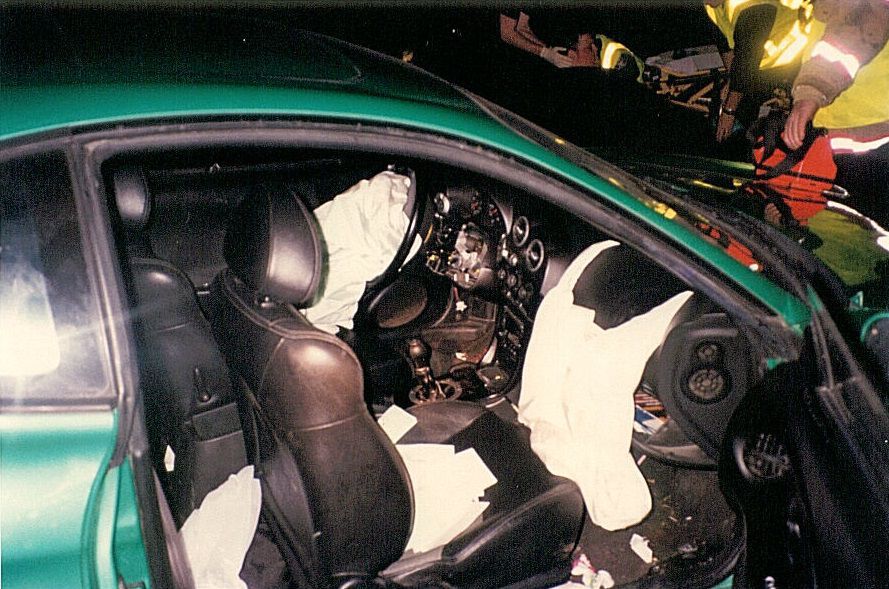 Our client, Jacob, was seriously injured in a drunk driving accident in January 2005 in Redmond. Jacob was the "designated driver" for a group of his friends after spending an evening at the Lucky 7 Tavern in Totem Lake. One of his friends had become intoxicated while at the tavern, and Jacob offered to drive the friend's car home because he hadn't been drinking.

The defendant had also been at the Lucky 7 Tavern the same evening. Investigation showed that he had consumed approximately five alcoholic beverages while at the bar before deciding to drive himself home. Shortly after leaving the bar, the defendant lost control of his vehicle while driving over the speed limit, causing him to cross the center line and crash into the vehicle being driven by our client.

Police arrived at the scene of the crash and found that the defendant showed signs of intoxication, and he was placed under arrest on suspicion of Driving Under the Influence (DUI) at the scene while Jacob was found to not be impaired. The vehicle our client was driving was declared a total loss, and he lost consciousness as a result of the high-speed collision. He would later be diagnosed with a closed head injury.

Despite the fact that the defendant was placed under arrest for DUI at the scene of the collision, he somehow tried to blame Jacob for the crash by accusing him of crossing the center line. During official depositions, however, the police officers who responded to the scene testified that the defendant registered a .159 BAC - nearly twice the legal limit - and was therefore solely responsible for causing the collision.

In addition to the closed head injury, Jacob was also diagnosed with a large disc herniation in the two lowest discs of the lumbar spine. He incurred nearly $50,000 in medical bills for treatment of his multiple injuries, including a surgical procedure to relieve the disc herniation.

The defense made a $60,000 settlement offer before mediation, which would have barely covered the medical bills and other expenses that Jacob had incurred as a result of the defendant's negligence. Attorney Chris Davis recovered a $275,000 settlement for Jacob to help cover his past and future medical bills, lost wages, and other non-economic damages.

Chris Davis recovered $275,000 for a man who suffered a head injury and herniated disc that required surgery after a drunk driver crossed the center line and hit him. Our client was sober, but the defense still blamed him for the crash.