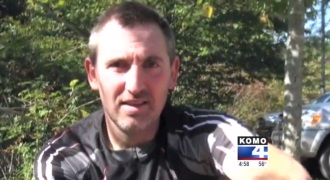 John Przychodzen was a 49-year-old avid bicyclist and family man when he was tragically struck by a pickup truck on Juanita Drive in Kirkland while riding his bicycle to his brother’s house for dinner on July 22, 2011.

A teenage driver was behind the wheel of the pickup truck that struck Przychodzen, who was knocked unconscious and later pronounced dead from his injuries.

People who witnessed the bicycle accident stated that the driver had continued driving for another 40 or 50 feet after he struck Przychodzen before eventually crashing into a telephone pole.

Przychodzen was traveling on the shoulder of the roadway at the time, and it was determined that he was struck by the vehicle a total of two times. The driver failed to properly execute a turn on the roadway, which caused him to drift into the shoulder and strike Przychodzen.

What made this case particularly devastating to the victim’s surviving family members was the fact that police declined to press criminal charges against the driver, despite mounting evidence suggesting that he was distracted at the time of the crash. In total, the driver’s punishment for causing Mr. Przychodzen’s death was a $42 ticket for an unsafe lane change.

Przychodzen’s surviving family members hired attorney Chris Davis of Davis Law Group to pursue a legal claim against the at-fault driver. Their ultimate goal in pursuing a wrongful death action on behalf of Przychodzen was to bring some closure to the incident, as well as uncover the truth about what really caused the collision in the first place.

Ultimately, Davis Law Group was able to recover a $300,000 settlement on behalf of the family representing the estate of John Przychodzen.

Bicyclist John Przychodzen was tragically killed after being struck by a pickup truck on Juanita Drive in Kirkland. The driver received a $42 ticket, sparking a national outrage. We recovered a $300,000 settlement for the victim's family.