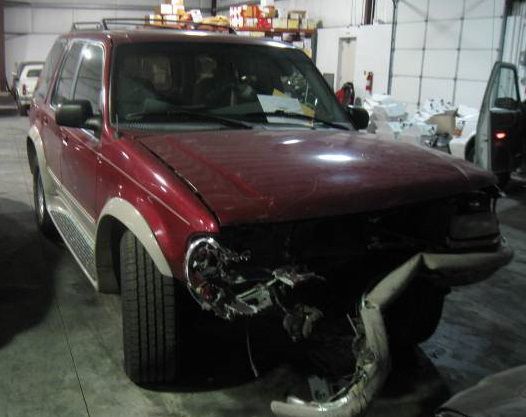 Our client, Autry, was seriously injured in a car accident in 2013 after his vehicle was struck by a 17-year-old boy who had stolen a vehicle and was trying to run from the police.

Autry was minding his own business driving through Renton on an otherwise normal Tuesday evening. At the same time, a teenage boy had stolen a car and was being pursued by police at high speeds. According to police reports, the boy had also turned off the vehicle’s headlights in an attempt to evade police.

According to police records, the defendant’s vehicle crashed head-on into Autry’s car at approximately 80-90 mph. He suffered a broken shin bone and developed blood clots in his lungs and legs and was immediately taken to a hospital from the scene, where he spent approximately four days in an intensive care unit (ICU).

Autry was discharged from the hospital approximately nine days after the accident occurred. His wife had recently undergone a surgical procedure, and the timing of the collision was difficult because the injuries he suffered prevented him from being able to care for his wife as she recovered.

To make things even more difficult, our client was re-admitted to the emergency department due to possible respiratory failure just 12 hours after he was initially discharged. A medical doctor confirmed that the respiratory issues were directly related to the injuries he suffered in the collision.

In addition to the severity of his injuries and mounting medical costs, Autry also missed several weeks of time at work. His productivity remained limited even after he returned to work as a result of the injuries and emotional distress he suffered.

Because the driver had stolen the vehicle that crashed into our client, there was no liability insurance available for a claim against the at-fault driver. Luckily for Autry, he had purchased Uninsured/Underinsured Motorist (UM/UIM) coverage on his auto insurance policy, which is designed to provide additional insurance coverage in situations just like this one.

In total, Autry accumulated over $85,000 in medical bills alone as a result of the various procedures and treatments he underwent for his injuries. Attorney Chris Davis was eventually able to negotiate a settlement of $250,000 for our client and his family.

We negotiated a $250,000 settlement on behalf of a man who suffered serious injuries in a crash with a young man who was evading a police chase. Luckily, the victim had purchased UM/UIM coverage on his auto insurance policy.