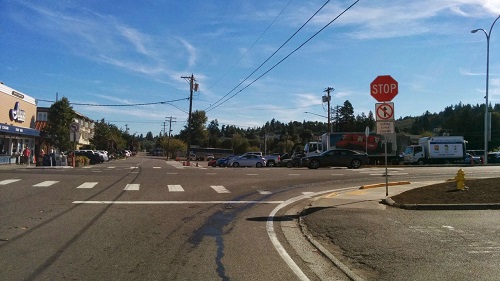 Don hired the motorcycle accident lawyers at Davis Law Group after being seriously injured by a hit-and-run driver who ran a stop sign and crashed his motorcycle in Mukilteo in 2013.

Police received multiple calls reporting a serious collision involving a motorcycle and another vehicle, which had apparently fled the scene. When officers arrived, they found Don laying in the roadway near his badly damaged motorcycle. Don was allegedly coughing up blood, having trouble breathing, and hardly able to speak.

Multiple witnesses to the collision told police that the other driver had just pulled out of a nearby parking space on Front Street and turned south onto SR 525 without stopping at the stop sign located at that intersection. After interviewing multiple witnesses, police determined it was likely that the other driver had run through the stop sign in order to avoid having to wait for the exiting ferry traffic to pass.

Investigators collected evidence from the scene, which mostly consisted of debris from Don’s motorcycle. Unfortunately, police did not find any debris believed to have been from the suspect vehicle, which would have been useful in helping potentially identify the hit-and-run driver.

Don was transported from the scene of the collision to a nearby hospital to be evaluated and treated for his injuries. Among other injuries, Don suffered from severe bruises to his lungs, several broken ribs, and a broken collarbone. He was listed in critical condition at the hospital’s critical care unit. After a few days of treatment and rehabilitation at the hospital, Don was discharged and sent home to be cared for by his wife. 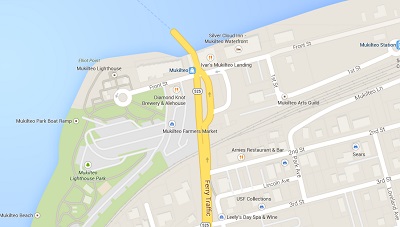 Because police were never able to locate the hit-and-run driver, it was harder for Don to recover damages for his injuries. A liability insurance policy held by the at-fault driver in a motor vehicle collision would be the source of recovery for the injured victim. But since the at-fault driver could not be accounted for, there was no way to file a claim against a liability insurance policy.

Don's own insurance policy, however, included Uninsured/Underinsured Motorist (UM/UIM) coverage, which is designed to protect motorists in situations, where the at-fault driver is either uninsured, does not carry enough insurance to cover the total damages, or in the event of a hit-and-run.

After more than a year and a half of investigating the case and searching for the hit-and-run driver, we settled Don’s claim under his UM/UIM policy. The insurance company agreed it was in their best interests to settle the claim, and we were able to recover $250,000 for Don and his family.

Our client, Don, was critically injured while riding his motorcycle when a driver struck him and fled the scene. Police never found the driver, but we were able to successfully recover a $250,000 settlement through Don's own insurance policy.