$225,000 Settlement for Maintenance Worker with TBI 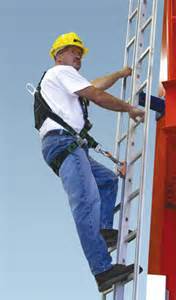 Our client, a maintenance worker who was hired by a downtown Seattle building to inspect a security system, called Davis Law Group after experiencing a serious accident while on the job. The contracting company he worked for negligently gave the worker a defective ladder to use during an inspection of the building.

Because of the defect, the ladder failed, causing the man to fall more than 30 feet. He fractured both of his arms, dislocated both elbows and his right knee, and also suffered a traumatic brain injury (TBI) as a result of the accident. During the investigation process, the company was found to have not properly inspected and maintained several pieces of equipment it was giving to workers on the job.

The injuries our client suffered not only caused him excruciating pain and discomfort for nearly a year, but also prevented him from being able to perform the job duties he was accustomed to. He tried negotiating a fair settlement with his employer's insurance company on his own, but found that process to be frustrating and confusing.

Before the man had contacted the construction accident lawyers at Davis Law Group, the insurance company's last settlement offer was $62,500, which would have hardly covered his medical bills. He eventually called our office and our attorneys took the case, which allowed him to focus on recovering from his injuries and getting the medical treatment he needed to get his life back on track.

We filed a lawsuit against the contracting company, and the company's liability insurance carrier eventually agreed to a $225,000 settlement. That amount covered all of our client's medical costs, in addition to the lost wages and pain and suffering that resulted from the company's negligence.

We recovered a $225,000 settlement on behalf of a maintenance worker who fell more than 30 feet because of a defective ladder that was not properly inspected or maintained.