Kenneth Bock was bitten on the hand by a wandering dog while he was working at a storage facility in Monroe. The dog bite led to a massive infection and Bock tragically died 10 days later. The defendant blamed our client for his death, but we were able to recover a $975,000 settlement on behalf of his estate. 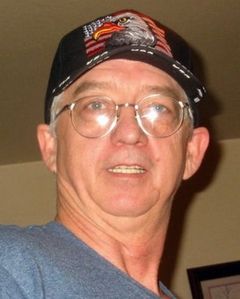 The family of a dog bite victim called Davis Law Group, P.S. after the man’s injuries led to a devastating infection that took his life just 10 days after the attack initially occurred.

On February 9, 2010, Kenneth Bock was working as a manager at Chain Lake Mini Storage in Monroe when a dog that was allegedly wandering the property bit him on the hand. The dog belonged to a man named Konrad Haskins, who was a customer visiting the storage facility at the time of the attack.

It was discovered that Haskins’ dog had actually bit another person at the same facility earlier in the day, and that Haskins gave the man a sanitizer wipe and paid him cash “for his inconvenience,” according to court documents.

The day after Bock was bitten by the dog, he developed severe shooting pains in one of his legs. He visited a hospital to undergo medical testing for the pain, where doctors eventually discovered the forming of a blood clot. Bock had apparently developed a bacterial infection believed to be caused by a bacteria commonly found in animal saliva.

Defendants Blamed Victim for Own Death

The surviving family members hired award-winning dog bite attorney Chris Davis of Davis Law Group to investigate the case and file a lawsuit against the dog's owner and their insurance company.

Though the dog clearly had an aggressive past – claims which were further confirmed by veterinary records that showed the dog had a history of biting people since it was a puppy – the defendants attempted to blame Mr. Bock for his own injuries and death. Haskins’ attorney claimed that the dog was in the back of a vehicle and that Bock was bit after having reached into an open window.

Mr. Davis attempted to negotiate a fair and reasonable settlement with the insurance company that carried a homeowner’s insurance policy for Haskins, but was forced to file an official lawsuit after they refused to pay.

“This is not the first time the dog bit somebody,” Mr. Davis told The Seattle Times when asked for more details after filing the lawsuit against Haskins. “Mr. Haskins and his wife knew their dog was dangerous or at least potentially dangerous to humans.”

The dog had been put down about a week after the bite that injured Mr. Bock, and Chris Davis was able to successfully negotiate a settlement of $975,000 for the estate of Kenneth Bock, which was represented by his son, Aaron Bock.