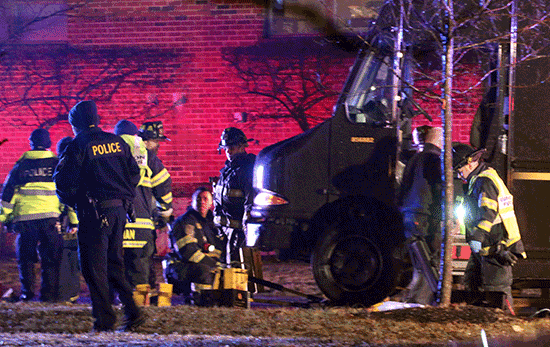 Our client, Brittany, is a young woman who suffered a number of serious and life-altering injuries after she was struck by a commercial delivery truck while crossing the street in a marked crosswalk in Tukwila in 2013.

Brittany was walking home from work on an otherwise-typical fall evening when she approached a marked crosswalk at a busy intersection in downtown Tukwila. She pressed the button to activate the crosswalk signal and waited patiently at the corner of the intersection for her turn. A commercial vehicle was also simultaneously waiting at the same signal to make a right-hand turn across the path of our client.

The crosswalk signal illuminated after a few moments and our client began to cross the intersection. As is the case at most intersections, the green traffic signal for vehicles traveling in the same direction as our client also turned green at the same time.

Commercial Vehicle Did Not Yield to Pedestrian

Although Washington state law requires vehicles to yield to pedestrians who have the pedestrian traffic signal in their favor, the commercial vehicle began making its turn without yielding to Brittany. The vehicle struck our client while she was still in the marked crosswalk, then drove at least a full block from the scene before eventually pulling over to the side of the road.

The driver approached our client as she lay in the street with serious and potentially life-threatening injuries from the pedestrian collision. He asked her what happened to her, and then proceeded to deny any involvement in causing the accident.

Brittany was immediately rushed to the Emergency Room at a nearby hospital and diagnosed with a number of broken bones in her leg and foot. She required extensive hospitalization and underwent a number of surgical procedures to repair the damage that had been done. She incurred nearly $30,000 in medical bills and other costs and missed more than a year of work as a result of the accident.

Once she realized the extent of her injuries and that she faced a long road to recovery, Brittany knew it would be in her best interests to consult with a personal injury attorney about her case. She researched local law firms and decided to meet with several different lawyers to determine the best fit for her.

Brittany eventually selected the attorneys at Davis Law Group to represent her in her case against the driver and the company he worked for at the time of the accident. She had seen a number of high-profile cases handled by attorney Chris Davis in the news and knew his experience and expertise were a good fit for her case.

After nearly two years of corresponding back and forth with the defendant and their insurance company, the attorneys at Davis Law Group successfully negotiated a $750,000 settlement on behalf of Brittany and her family, which ensured she would have the best chance at recovering from her injuries and getting her life back to normal after such a traumatic collision.

We recovered a $750,000 settlement for a young woman who was seriously injured after being run over by a commercial vehicle in a marked crosswalk. She suffered several broken bones and missed a full year of work due to the accident.