$140,000 Settlement For Family That Survived A Drunk Driving Crash

In November 2013, Joe was driving southbound on Military Road South approaching 221st Street., with his three young children, ages 8, 3 and 7 months old, in the back seat.  When another car traveling in the opposite direction either crossed the center line and collided head on into Joe and his children, causing extension damage to both vehicles.  Due to the force of the impact, the victim’s vehicle caught on fire and had to be extinguished by fire crews. 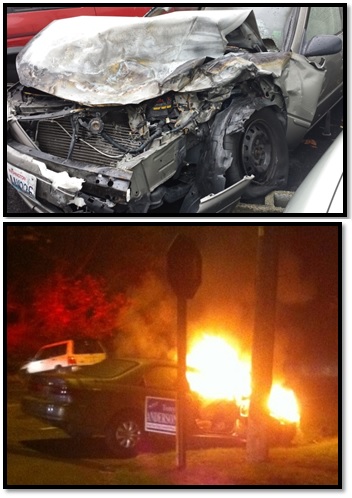 SeaTac Police Department and King County Sheriff’s Office responded to the scene and upon investigation arrested the other driver for driving under the influence of alcohol.  He had a blood alcohol level of  0.127 BAC.
Upon impact, Joe and his children were violently jolted and tossed around the inside of the vehicle hitting against the interior components.  Their heads were thrown backwards and then snapped forward in a whiplash like motion, bluntly striking against the seat/headrest of the vehicle. Additionally, their bodies were slammed against the restrain of their seatbelt.
As a direct result of the drunk driving collision, Joe sustained injuries to his neck, back, and associated body structures and the oldest child sustained injuries to his head, face and teeth.
The family was fortunate to survive this horrible crash.  And lucky that their injuries were only short-term.  The other driver was not adequately insured.  However, our firm was able to secure the entire policy limits as well as an underinusred motorist settlement from Joe’s own insurance company.
Case No. 200655