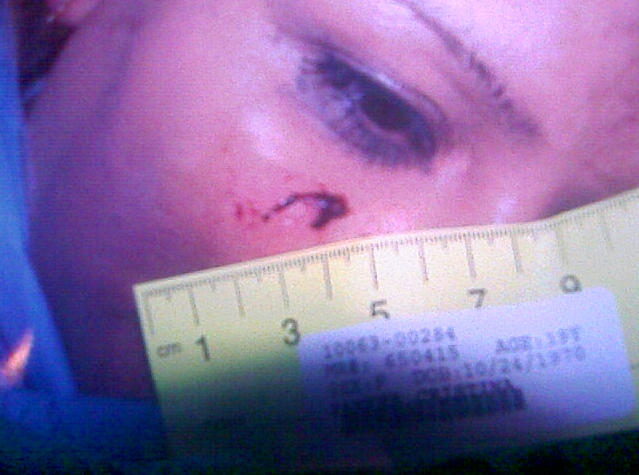 Our client, Cristina, was visiting a home where her husband was working as a remodeling contractor to bring him lunch during her day off. The homeowner’s dog, a black and white English Springer Spaniel, greeted her at the door.

After she finished eating lunch with her husband, Cristina began walking back to her car when the dog approached her again. Assuming the dog was friendly because it had not previously shown any signs of aggression, our client bent over to pet the dog one last time.

But as she bent over, the dog lunged and bit her in the face, causing several severe facial lacerations and tissue loss. her upper lip was torn off. She suffered permanent scarring and disfigurement.

As a result of the dog attack, Cristina's upper lip was torn off and she suffered permanent scarring and disfigurement in other areas of her face.

Washington’s Dog Bite Law imposes strict liability on the dog’s owner for injuries inflicted by the animal on another personal.  The relevant statute, RCW 16.08.040, states as follows:

"The owner of any dog which shall bite any person while such person is in or on a public place or lawfully in or on a private place including the property of the owner of such dog, shall be liable for such damages as may be suffered by the person bitten, regardless of the former viciousness of such dog or the owner’s knowledge of such viciousness."

The victim's injuries resulted in an estimated $30,000 in past and future medical costs, not to mention the permanent scarring that often accompanies significant facial injuries.

Attorneys representing the insurance company initially denied liability for the attack and blamed our client for the injuries she suffered in the attack.

In the end, our firm was able to recover the full limits of the homeowners' insurance policy. We successfully negotiated a $100,000 settlement on behalf of the victim and her family.

Davis Law Group recovered a $100,000 settlement on behalf of a woman who was attacked by a dog while visiting her husband at a job site. Her upper lip was torn off, and she also suffered serious permanent scarring.