The trucking accident attorneys at Davis Law Group helped recover a $1 million settlement on behalf of a man who suffered life-changing injuries in a trucking accident on Interstate 90 near North Bend, WA in 2015. 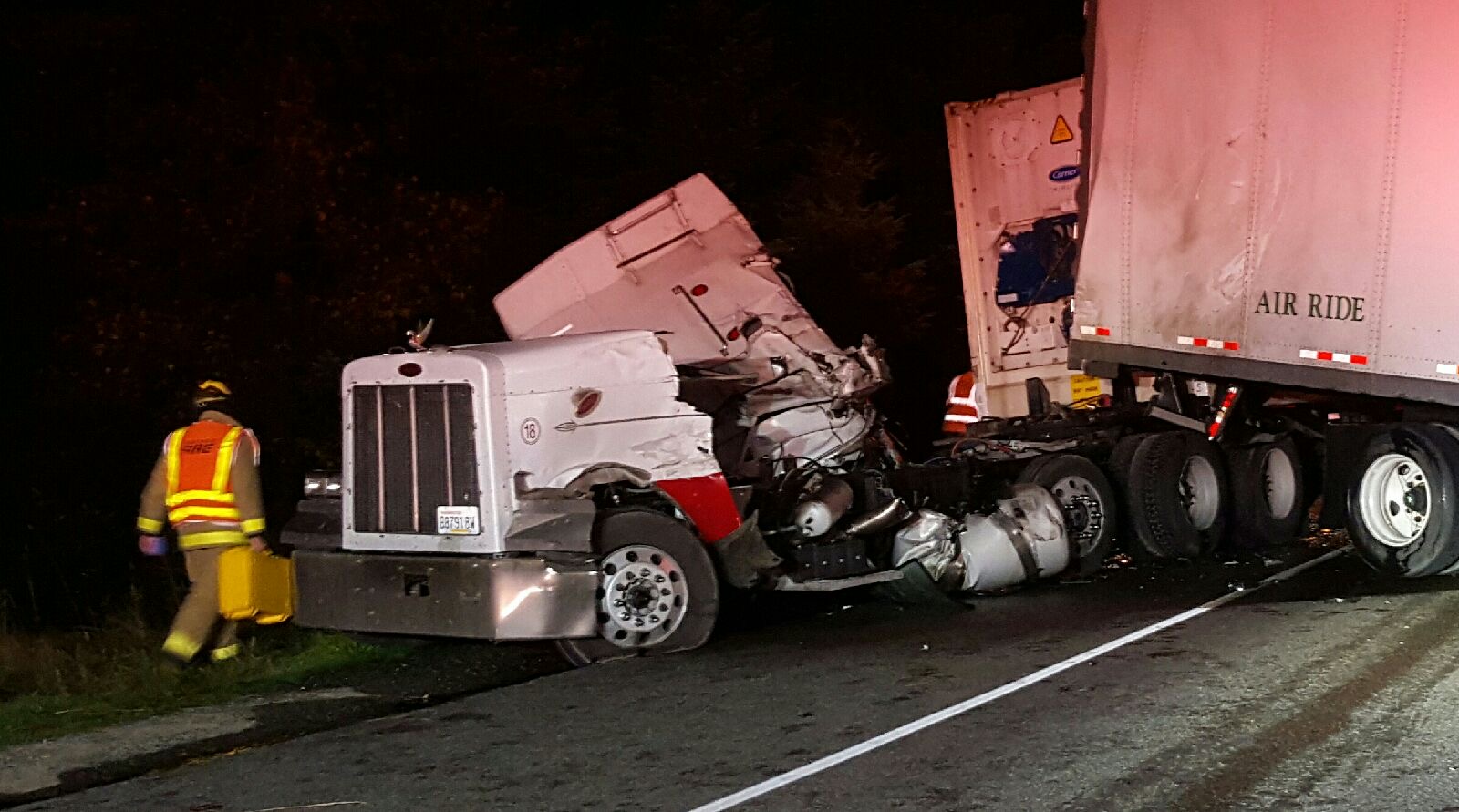 The personal injury legal team at Davis Law Group recently negotiated a $1 million settlement for a man who was badly injured in a trucking accident in North Bend back in September 2015.

Our client, T.L., parked his semi-truck on the right-hand shoulder of Interstate 90 near Exit 34 at North Bend when a second semi-truck crashed into his vehicle while attempting to exit the freeway. A third semi-truck was also involved in the collision, further complicating the investigation into how the crash occurred and who may have been responsible for causing it in the first place.

Our client’s own semi-truck was totaled in the crash. Additionally, the impact caused T.L. to lose consciousness at the scene and was later diagnosed with a severe brain injury, which meant his memory of the incident was limited. He also sustained a host of serious and life-threatening injuries, including multiple broken bones, a ruptured spleen, collapsed lung, and more. He required more than thirty (30) surgeries for treatment of his many injuries and lost part of his leg.

The police officers responding to the scene of the crash determined that the vehicle which initially struck our client had cut across the gore point for unknown reasons. Davis Law Group argued that this was the most significant contributing factor to the collision.

In Washington state, contributory negligence laws dictate that more than one individual party may be jointly liable for causing an accident. We maintained that even if our client did bear a portion of the responsibility for this incident, that percentage of fault was minimal at best and did not absolve the at-fault driver for his share of the responsibility. The case seemed destined for a jury trial in U.S. District Court.

Defense Agrees To Settle In The Eleventh Hour

Approximately two months before trial was set to commence, Davis Law Group’s legal team made additional efforts to resolve the case ahead of the scheduled trial date. To our surprise, the defense team negotiated with our team in good faith and we ultimately agreed to a $1 million settlement on T.L.’s behalf.

The severity of this accident will forever limit T.L.’s physical abilities to perform his normal job duties, and he will likely suffer significant loss of earnings due to his inability to perform work at his previous levels. He also incurred more than $1 million in medical costs relating to the treatment for his injuries.

The entire team of attorneys and legal staff at Davis Law Group, with assistance from attorney Morgan Adams, are honored to have had the opportunity to represent T.L. and to provide his family with peace of mind after this life-changing accident.

We negotiated a $1 million settlement for a man who suffered a partial amputation of his leg after a serious trucking accident which occurred on Interstate 90 near North Bend in 2015.