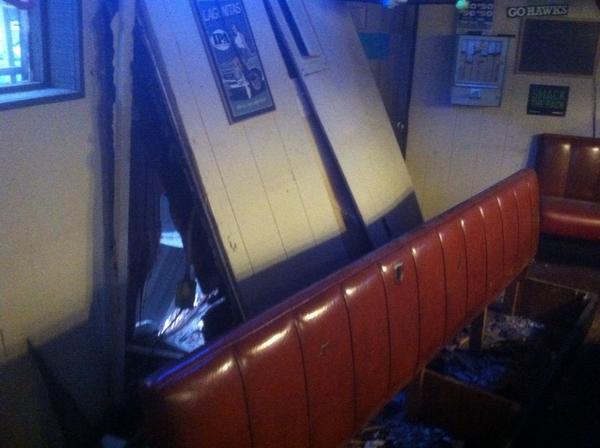 Late one evening, a drunk driver who had been over-served at a bar started his SUV and rammed into our client B.G., pinning her against the wall of a pub, fracturing her bones, and piercing the main artery in her leg. Responding police found her still pinned to the building, which suffered structural damage due to the force of the impact.

The victim was transported to Harborview Medical Center in Seattle, where she underwent multiple surgeries on her severely injured leg.

Although Davis Law Group was only involved with the civil side of this case, criminal proceedings were ongoing even as our client struggled to recover from her injury and her surgeries relating to the pedestrian accident. The at-fault driver went to jail, but our client still needed help paying for her extensive medical bills. She was also out of work due to her injury.

Although the driver responsible for this drunk driving collision did not have enough insurance to cover our client’s massive injuries, Davis Law Group found out that the pub that had served him had violated Washington State laws.

Under Washington's Dram Shop Laws, an establishment that serves liquor to someone who is intoxicated may be liable for damages caused by that person if they drive drunk and cause a crash.

We eventually recovered a $1 million settlement on behalf of our client, who was able to get the extensive treatment she needed for her severe injuries.

Our firm recovered $1,000,000 on behalf of a woman who was severely injured when a drunk driver pinned her to the wall of a Seattle pub.