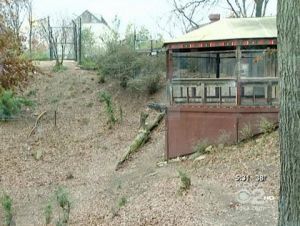 Attorneys for the Pittsburg Zoo & PPG Aquarium have filed court documents that place blame on the mother of a two-year-old boy who died after falling over a wooden railing into a wild dog exhibit at the zoo.

Four-year-old Maddox Derkosh was with his mother, Elizabeth Derkosh, at the Pittsburgh Zoo & PPG Aquarium when his mother lifted him up above a wooden railing to get a better look at the zoo’s wild dog exhibit. According to news reports, the boy unexpectedly fell from his mother’s grasp into the exhibit below, where he was attacked by the dogs and died from his injuries.

In response to a wrongful death lawsuit that Elizabeth Derkosh filed in relation to the tragic death of her young son, the attorneys made the following statement in court documents:

"The injuries and damages sustained by Maddox Derkosh, including Maddox Derkosh's death, were caused solely by the carelessness, negligence, and/or recklessness of Elizabeth Derkosh," the zoo's attorney wrote in the court filing. She "knew or should have known he could fall into the exhibit" and failed "to maintain a proper grasp of Maddox Derkosh after lifting him over the railing."

The District Attorney investigated the boy’s death and reportedly determined that it was a tragic accident and decided not to pursue criminal charges against the boy’s mother or zoo officials. However, since the burden of proof is much higher for criminal cases than it is to establish recklessness and negligence in a civil action, the District Attorney’s opinion about the criminal charges are mostly irrelevant in the context of a civil case.

“The fact that a horrible and tragic death of a child occurred at the zoo does not mean necessarily that the death was completely or even partially the zoo’s fault,” says John Burkoff, a law professor at the University of Pittsburgh. “The fact that the court of public opinion may have ruled already against the zoo is, and should be, irrelevant to the legal process.”

The District Attorney’s investigation revealed that the young boy had vision problems and wore glasses, which was part of the reason that his mother had lifted him up for a better view of the zoo exhibit. The family’s attorney has argued that zoo officials had been told in the past that parents often lifted their children above the railing, and they believe that should have forced the zoo to take further precautions.

Maddox Derkosh was reportedly the first visitor to die in the zoo’s entire 116 year history, and representatives for the facility have argued that the railings and a wooden plank were specifically designed to keep people from sitting on top of the railing and prevent any potential falls into the exhibit below. The family’s attorney found the attorneys’ argument blaming the mother to be not only incorrect but distasteful as well, saying that “the zoo’s position is dead wrong and shameful.”

When a child is seriously injured in any sort of accident, it is usually in the parents' best interests to consult with an experienced wrongful death attorney about their legal rights and options. Consulting with multiple attorneys is also a good idea, especially if you have never hired an attorney before. If you or a loved one is interested in discussing a child injury claim with an experienced personal injury lawyer, contact Davis Law Group to request a free legal consultation today.