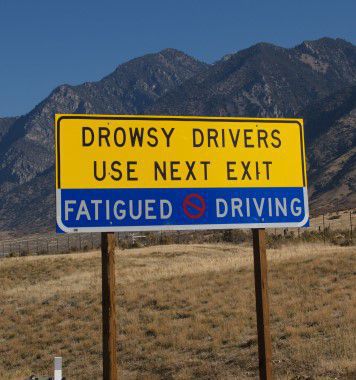 The Washington State Patrol (WSP) says that a single-vehicle crash that occurred on State Route 24 in Yakima last Friday was caused by a driver who fell asleep behind the wheel.

According to the Yakima Herald, WSP troopers responded to the scene about two miles east of Yakima on SR 24 near Birchfield Road at approximately 3:30 a.m. to find a single-vehicle crash that had rolled. Inside the car was 20-year-old Fabiola P. Lopez-Maldonado and her 16-year-old passenger.

Both Lopez-Maldonado and the passenger were transported from the scene of the crash to nearby Yakima Regional Medical and Cardiac Center. Lopez-Maldonado’s injuries were reportedly minor, while the young passenger had to be admitted to the hospital for medical treatment. There was no information available regarding the passenger’s condition.

Legal Rights of Passengers Injured in a Collision

Most people understand that a driver cannot pursue a personal injury claim for damages if they are found to be at-fault for a crash that caused their injuries. However, there are some important legal issues that should be taken into consideration when a passenger of a vehicle is injured in a collision which is caused by the person who was driving the vehicle.

Passengers are allowed to pursue a personal injury claim if they are injured in a crash caused by their own driver. Even though a passenger may have been riding in a vehicle that caused a collision, the passenger cannot be held individually responsible for the crash and therefore they may file a claim.

There can sometimes be challenges in these types of cases, however, as pursuing a insurance claim for bodily injury would mean that the passenger would have to file the claim against the at-fault driver. In situations where the passenger has a personal relationship with the driver, this could be frustrating and difficult to navigate.

The personal injury lawyers Davis Law Group regularly handles these types of cases, and we understand the complexities of pursuing a personal injury claim when the at-fault driver is someone you care about. It can be difficult at times, but it is also possible to amicably resolve these cases.