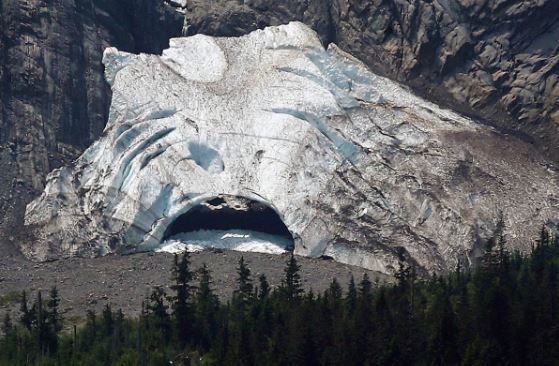 Anna Santana was exploring an ice cave with her family on a hot summer day when the cave collapsed, killing her instantly and injuring five other people. Her brother, David Santana, was critically injured in the collapse and died three months later.

The caves are a popular tourist destination in the Mount Baker-Snoqualmie National Forest; they are formed when the debris from avalanches is compressed during the winter and melts during the summer, causing long, dramatic arched tunnels to appear in the ice.

Although the Snohomish County Sheriff’s office had put out warnings about the instability of the ice caves during hot weather, exploring the caves is not illegal, and hikers were not blocked from entering the natural ice formations. Mrs. Santana was not the first person to die in a cave collapse; Catherine Shields of Bothell, Washington died in August 1998 in the same park, and 11 year old Grace Tam of Marysville, Washington was struck and killed by ice that had broken free of a cave in 2010.

The ice caves were once considered so dangerous that the U.S. Forest service considered demolishing them with explosives each year, but that plan was scrapped due to their popularity with tourists. The USDA Forest Service’s website warns, “The caves are exceptionally dangerous to enter or climb on. Tons of ice from the cave ceilings come crashing down every year.” Rangers have considered fencing off the cave entrances or closing the caves to the public, but they currently remain open to visitors. While warning signs are posted in nearby parking lots, Grace Tam’s family reported that a sign was missing from its regular spot near the cave that collapsed and killed her.

Who should protect hikers from natural disasters?

Grace Tam’s family filed a wrongful death lawsuit, hoping that a successful suit could force the park to block off cave entrances and create better warning signs so that hikers would know to stay on the trails and away from the hazardous ice.

The Tam family’s suit was dismissed in 2012, after lawyers from the government argued that federal law does not mandate that signs warning tourists of hazards be placed in specific locations or maintained on a particular schedule. The sign that would have warned the Tam family about the hazardous ice was replaced two days after Grace’s death.

Anna Santana’s family has now filed a wrongful death suit. The Forest Service has temporarily closed the area following the collapse, and the future of the park remains uncertain.