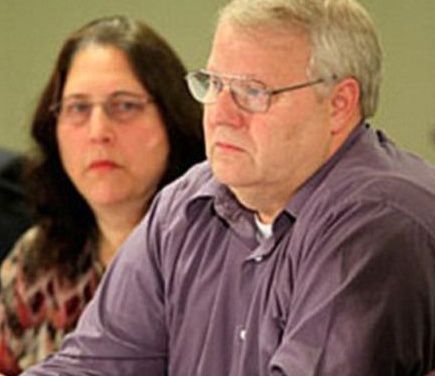 A wrongful death lawsuit brought against the Washington Department of Social and Health Services (DSHS) by the grandparents of Charlie and Braden Powell has been allowed to proceed, according to recent news media reports.

For those unfamiliar with the case, Charlie and Braden were killed by their father, Josh Powell, while on an official DSHS-supervised visit in February 2012.

From The Seattle Times:

"On Feb. 5, 2012, when a state worker delivered 7-year-old Charlie and 5-year-old Braden to their father’s rented home in Pierce County for what was supposed to be a supervised visit, Josh Powell locked out the worker and ignited a fire that killed him and his sons. Josh Powell was considered a ‘person of interest’ in the 2009 disappearance in Utah of his wife, Susan Powell."

The boys’ maternal grandparents, Chuck and Judy Cox, filed a wrongful death lawsuit against the state in April 2013. In the lawsuit, the Coxes allege that DSHS were negligent in how they handled the boys’ supervised visits, which resulted in them being killed by their father.

According to court records, an attorney representing the state had made the argument that the case should be thrown out before heading to trial, claiming that the Coxes’ claims were without merit. But a Pierce County judge refused to dismiss the lawsuit during a court hearing August 15.

The two sides of this legal battle have predictably disputed who may have been responsible for the general safety and well-being of Charlie and Braden Powell. According to The Seattle Times, Assistant Attorney General Peter Helmberger argued during the August 15 hearing that the DSHS workers did nothing wrong in supervising and facilitating the court-ordered supervised visits.

Helmberger added that DSHS employees are not tasked with second-guessing the judge who ordered the supervised visits, and that they carried out their job duties as they are supposed to.

But the Cox family argues that the state had a duty to protect the boys from their father, and that Josh Powell was a danger to his own children since he was a suspect in the disappearance and presumed death of the boys’ biological mother.

“They had an utter failure to implement the policies they were supposed to,” the Coxes alleged in court. “They failed to carry out their duty in a reasonable way.”

It’s important to note that the judge’s ruling does not favor one argument over the other, but simply dictates that the case should be heard by a jury. The trial for the lawsuit is scheduled to begin in September.

What do you think about the case? Do you agree with the judge's ruling? Share your thoughts in the comments below.

3 Comments
Yes I agree with the Judges ruling. When this case is presented to the Jury, the verdict will be for the PLAINTIFF. GOOD LUCK.
by Fred Thomas August 27, 2014 at 01:26 PM
I agree with Diana, and also since the dad was being investigated for the murder of his wife/the kids mom, I think that should be enough of a red flag for DSHS to intervene. Come on!
by Charles Darber August 26, 2014 at 02:12 PM
I think the claim is perfectly valid. If the father was known to be dangerous, then if the visit had take place, then the supervision had to be adequate. One worker was not equipped to handle the situation.
by Dina Horowitz August 26, 2014 at 02:08 PM
Post a Comment