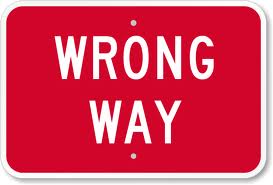 Washington State Patrol (WSP) officials say that a wrong-way driver who was headed eastbound in the westbound lanes of State Route 516 in Kent was killed when her vehicle collided head-on with several other vehicles.

According to KING5.com, police arrived at the scene just before 3 a.m. after receiving calls about a serious car accident. One vehicle was heavily damaged and the 25-year-old female driver inside of that vehicle was pronounced deceased at the scene.

Three other vehicles were involved in the collision, but troopers told the media that no other people were injured as a result of the crash.

After interviewing witnesses and occupants of the other vehicle involved in the morning accident, troopers determined that the deceased driver caused the collision by traveling the wrong direction on SR 516, and that her vehicle was responsible for causing the chain-reaction collision.

Troopers were still working to investigate the scene and determine if any other factors may have played a role in the crash, such as whether the wrong-way driver was under the influence of alcohol or drugs at the time.

A driver of one of the vehicles involved in the collision was arrested on suspicion of DUI at the scene. WSP Trooper Rick Johnson made a point to clarify that this was unrelated to causing the fatal collision, and that the driver was not facing any felony charges for a role in the crash.

Consult With An Attorney After A Serious Accident

Injuries resulting from a motor vehicle accident can take time to develop. In many of the cases we handle, our own clients are sometimes require weeks or even months of follow-up medical appointments before they have a clear understanding of their specific injuries and the treatment necessary for recovery.

It is always important for accident victims to ensure they get a clear diagnosis of all bodily injuries that may result from a motor vehicle accident. Staying on top of the medical treatment plan advised by the victim’s physician is key to successfully resolving a personal injury claim.

The attorneys at Davis Law Group can help you better understand your legal rights and options after a serious accident. We offer a free case review and will meet with you in-person for a free legal consultation if we believe we can help increase the chances of a successful resolution to your case.

Call our team of personal injury attorneys in Seattle at (206) 727-4000 or use the confidential contact form on this page to have your case personally reviewed by our award-winning legal team.