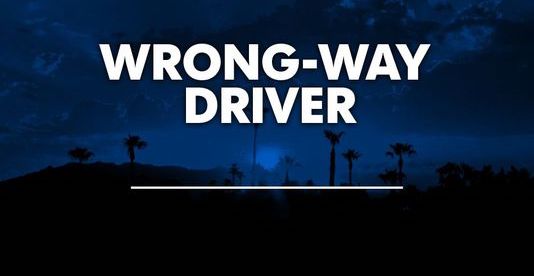 One person was killed Sunday night after a wrong-way driver crashed head-on into another car, according to the Washington State Patrol.

The incident occurred in the westbound lanes of Highway 18 just east of Hobart at around 9:45 p.m. Two vehicles were totaled in the crash — a Honda Pilot and an Acura TL.

The Honda driver was traveling east in the westbound lanes of Highway 18. He crashed head-on into the Acura, killing the 50-year-old Kent driver of the Acura.

The 68-year-old Maple Valley man driving the Honda was taken to Overlake Hospital. He faces arrest after being released from the hospital.

State Patrol said it's unknown if drugs or alcohol were a factor in the collision.

According to the National Transportation Safety Board about 360 people are killed each year due to wrong-way driving. And while the cause of Sunday night’s deadly wrong-way crash in Hobart remains under investigation, we already know there are some common themes when it comes to these incidents.

While we do not know if drugs or alcohol were a factor, those substances are very common in these collisions. In fact, 75 percent of all wrong-way crashes are the result of a driver being under the influence of alcohol.

If you or a loved one has been involved in a wrong-way crash, you are likely dealing with a great deal of emotional stress and heartache. This is an extremely trying time, and the mounting medical bills and missed time from work only makes things worse.

At Seattle-based Davis Law Group, P.S., we work toward obtaining the most compensation possible while you and your family get back on your feet. This shouldn’t be a time for you to worry about paperwork, bills, and dealing with the insurance company. Let us do that for you.

Our attorneys and dedicated legal team take the time to investigate all aspects of the case in order to protect you and your family’s rights. For a free case evaluation, contact our office today. Call (206) 727-4000, use the chat feature below or fill out the form on this page to get started.