Wrong-way Crash On I-5 Leaves 1 Dead 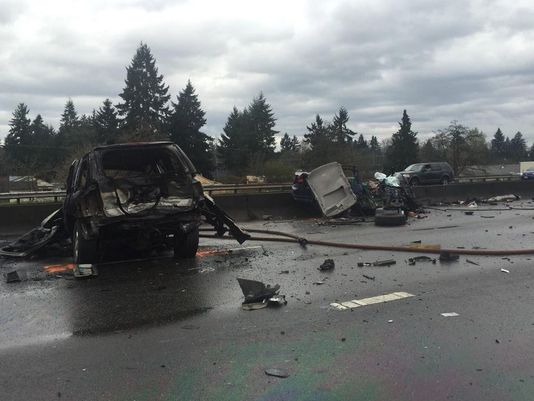 A wrong-way driver on Interstate 5 in DuPont caused a crash that resulted in the death of one person, according to the Washington State Patrol. The collision occurred around 2 p.m. Thursday on southbound I-5 near the DuPont-Steilacoom Road exit.

Police say a 46-year-old Federal Way woman driving an SUV was lost and entered I-5 from the offramp. She then struck a subcompact car. Police say the wrong-way driver is not believed to have been intoxicated. Reports say she will be charged with second-degree negligent driving.

The person who died in the crash was a 69-year-old passenger in a Suzuki Aerio. The 82-year-old driver of that vehicle was transported to St. Joseph’s Hospital.

What To Do If Facing A Wrong-Way Driver

There are many reasons why a driver could potentially go the wrong way. Poor signage and roadways that fail to properly direct traffic are among the leading causes of wrong-way accidents. Of course, driving under the influence of drugs or alcohol is also a main contributor to these catastrophes.

Is there anything you can do if you find yourself in a wrong-way driver situation? Wrong-way drivers are often unpredictable, but here are a few tips in case you’re in one of these predicaments.

Involved In A Wrong-Way Accident?

The car accident lawyers At Davis Law Group, P.S. in Seattle have dedicated their careers to providing injured victims with the experienced legal representation they need to secure the compensation they require to cover any medical bills or damages they incurred.

If you or someone you love was seriously injured in a wrong-way driving crash, give Davis Law Group a call at (206) 727-4000 to speak with a member of our firm. You can also fill out our online form on this page or use the chat feature below to request a free case evaluation.