Woman Sues Match.com after being Assaulted by Date 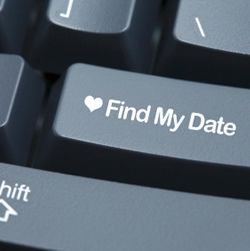 A 50-year-old woman who was once a member of online dating website Match.com has filed a lawsuit against the company after a man she met through the site brutally assaulted her and left her with life-threatening injuries.

According to court documents filed in Clark County, Nevada, 50-year-old Mary Kay Beckman is seeking approximately $10 million in damages from Match.com. In September 2010, Beckman met 53-year-old Wade Ridley through the matchmaking website and dated him briefly. After just eight days of spending time with the man, Beckman broke off the relationship.

In January 2011, just four months after she broke off the relationship with Ridley, he broke into the garage of her Las Vegas home and waited for her to come home. According to police reports, that’s when Ridley stabbed Beckman 10 times and, after the knife he was using broke, stomped on her skull and left her for dead in the house. Miraculously, Beckman survived the attack and despite a long road of medical treatment, has made significant strides towards a full recovery.

An investigation eventually led police to Ridley, and he was arrested for the crimes. While he was in police custody, Ridley confessed to killing another woman from Arizona, Anne Simenson, whom he also met on Match.com. Before he could be tried for either of the murders, however, Ridley killed himself while serving jail time.

Do Dating Sites Have a Duty to Protect Members?

Because Beckman has undergone several surgeries to repair her jaw and preserve her eyesight and hearing, she has accumulated significant medical bills and will require further long-term care because of her injuries resulting from the assault. According to the lawsuit, which seeks approximately $10 million, Beckman claims to have suffered $346,000 in economic damages due to the negligence of the site to ensure the safety of its members. She also seeks $5.4 million in noneconomic damages and $4.1 million in punitive damages.

It’s not the first time that Match.com has had to defend themselves against a lawsuit brought by its own members. In 2010, several members filed a lawsuit against the popular dating site alleging that the company had tricked customers into thinking there were millions of subscribers when in fact more than half of the online profiles were fake or created by scammers. In 2012, a U.S. District Court judge ruled that the company did not have an obligation to vet the authenticity of its subscriber profiles and the lawsuit was dismissed.

The fact that the previous personal injury lawsuit was dismissed hints that courts could potentially rule that Match.com is not responsible for protecting its users from harm, much like the way that it is not responsible for making sure all users are real people. However, Beckman is also arguing that the company should advertise a warning about the statistics and potential risks associated with online dating, much like the warnings utilized by cigarette and alcohol companies.