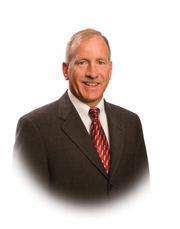 An Iowa gynecologist has been disciplined by the state board and is the target of a medical malpractice lawsuit after he mistakenly removed a patient’s healthy ovaries during a hysterectomy procedure.

Court documents show that 50-year-old Dr. Kevin Hamburger was scheduled to perform a hysterectomy procedure on patient 29-year-old Erin Rehan in July 2011. Rehan’s personal injury lawsuit claims that Hamburger mistakenly removed her ovaries during the hysterectomy, despite being told by the doctor prior to the procedure that her ovaries would not be removed.

Rehan filed a medical malpractice lawsuit against the doctor and his practice, which seeks more than $10,000 in damages for permanent physical injury and emotional trauma related to the surgical mistake. Hamburger was also disciplined by the Iowa Board of Medicine, which included a $7,500 fine and a formal apology for the incident.

According to the Associated Press (AP) reports about this case, Rehan is specifically seeking damages for “severe and permanent physical, mental and emotional injury” in relation to the surgical error and accuses Hamburger of professional negligence and medical battery.

A hysterectomy, as you may or may not already know, is the surgical removal of the woman’s uterus and is most commonly performed by a gynecologist. Many women undergo a hysterectomy in order to alleviate certain gynecological problems including pelvic pain and urinary incontinence.

The fact that Rehan’s “perfectly healthy” ovaries were mistakenly removed – and the fact that she was just 29 years old at the time of the malpractice – would prevent her from having any children in the future, which she could seek damages for in the lawsuit. However, since the hysterectomy would already prevent her from having children that component of the damages claim would not apply.

An estimated 35 percent of all women who undergo a hysterectomy have to undergo another related surgery within two years of the initial procedure. The recovery process for a hysterectomy procedure can also take anywhere between 3-12 months, depending on the type of procedure.

Part of the state board’s disciplinary action was to require Dr. Hamburger to come up with a plan of action for ensuring that this type of mistake does not happen again in the future. This was the first time the gynecologist had been cited by the board since he was licensed in 1993.