The Horror is Real: Woman Injured by Vehicle during Comic-Con Zombie Walk

Comic-Con was this past weekend, which if you’re on the internet, you probably know. Countless websites are festooned with coverage of all the entertainment aspects of the festival. And according to attendance numbers, you were probably at the convention (roughly 130,000 people have gone every year since 2006).

Comic-Con is an estuary of freshwater enthusiasm of pop culture fans celebrating how much they love that pop culture and the influx of a saltwater promotion by an entertainment industry attempting to feed on that enthusiasm. Estuaries are always strange, catalytic habitats.

The interplay from the two food chains sometimes produces horrible outcomes like the news of a “zombie hit-and-run.” A 64-year-old woman was hospitalized after a car charged through a crowd of people dressed up as zombies. 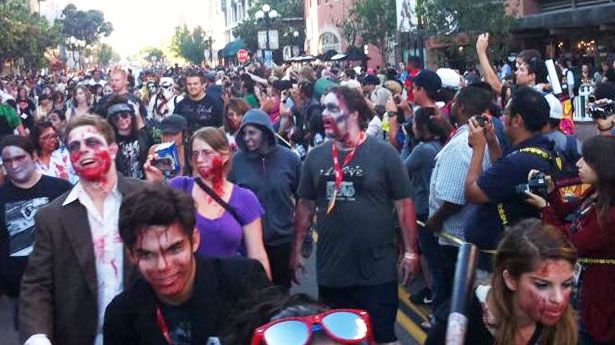 Some video clips have entered the Youtube bloodstream, but none of these clips offer a stable recording of the event. Any analysis of the videos editorializes what happens, but a consistent description has emerged.

Dressing up like zombies, staggering around, and moaning for brains has become an increasingly popular fan activity—its rise is commensurate with the overall increase in zombie fiction. Comic-Con’s zombie walk has been going on since 2007, and last year there were over 500 participants. Those dressed as zombies had been doing it for years, long enough for their fandom to feel entrenched. It seems the size of the event has largely prevented safety officers from hemming in walkers.

It was during the walk, around 5 o’clock on Saturday, July 26, 2014, that the driver, a father of a deaf family, allegedly pushed through the crowd of zombie walkers and ran over a woman. He claimed, talking with a police officer minutes after the event, his children were alarmed by the ghoulishly dressed crowd. Witness reports indicate that he tried to nose through the crowd to get his children away from the scene. Zombie participants reacted by hitting his windows, sitting on the hood of his car, and yelling at him. Someone might have even yelled, “Flip that car!” The car's windshield was shattered some time during this altercation.

The tension mounted and finally the car sped forward, knocking three people to the ground before rocketing beyond the crowd. Allegedly while the car pressed forward, a participant tried to open the passenger side door and pull the rider out. It very much resembled a scene from a zombie film.

It’s not a technically a hit-and-run as the driver immediately found a police officer after the incident. But there are too many factors right now to properly determine fault from the pedestrian accident (the police didn’t make any arrests), but it’s clear that the ongoing elements of this traumatic ordeal and subsequent injuries make a legal consultation a sober choice. 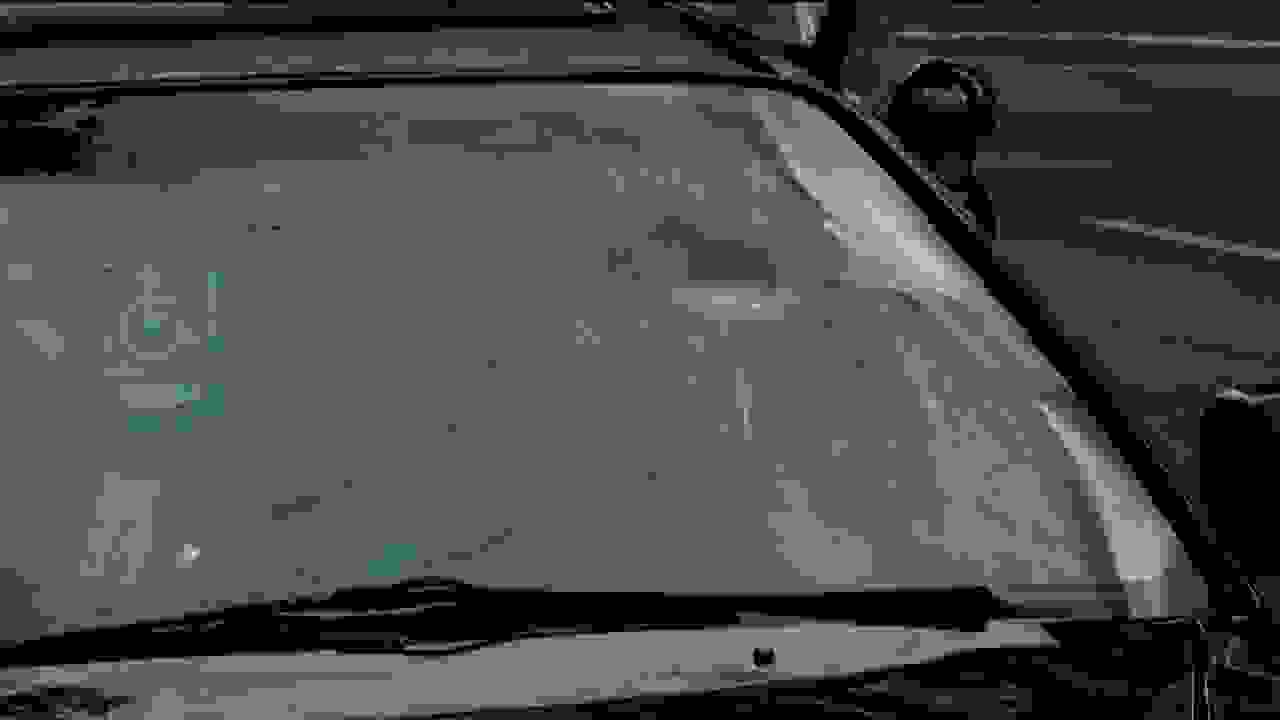