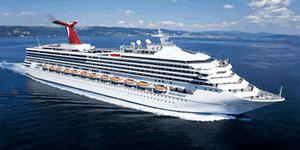 A woman has filed a wrongful death lawsuit against Carnival Cruise Line in regard to the death of her late husband, who died after he fell from one of the upper decks on the ship into the water while the couple was on a cruise.

According to the lawsuit, the man had been drinking excessively one night while on board the cruise ship near Mexico. His wife had apparently attempted to bring him back to his room safely because she knew her husband was intoxicated, but he refused. He eventually fell from one of the top decks of the ship into the water below, and the ship personnel took more than 20 minutes to attempt to rescue the man.

The lawsuit also alleges that the company does not have adequate safety measures in place in the event of a passenger falling overboard into the water. A number of additional issues related to safety procedures and staff education indicate that the company was not prepared for a disastrous situation such as this wrongful death aboard the cruise ship.

All businesses have a duty to implement reasonable practices and precautions in the event of an emergency like this one. Cruise ships in particular typically spend hours educating both passengers and crew members about safety procedures before departure, and therefore it is expected that they are prepared to handle water rescues and other safety issues. The seemingly obvious negligence in this case led to the wrongful death claim against Carnival Cruise Lines.

If a loved one has been fatally injured as a result of the negligence of another person or entity, you may have rights to a wrongful death claim. To find the value of your case or to schedule a free, no-obligation consultation, contact the Davis Law Group today at 206-727-4000.