Can A 911 Operator Responsible For A Caller's Death? 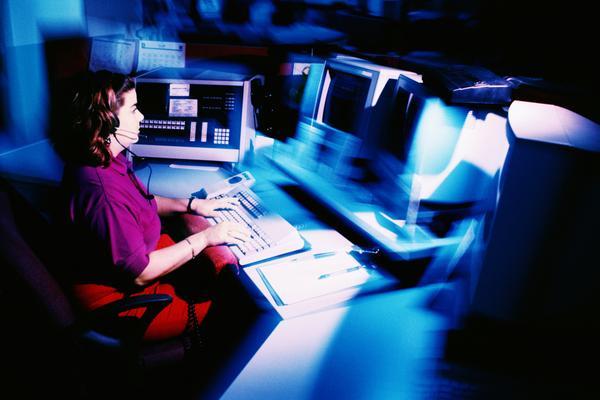 A 911 operator was recently placed on paid administrative leave after failing to log a call from a woman in distress who died not long after placing the call.

Properly logging the 911 call into the emergency computer system would have notified police and fire dispatchers, according to authorities. The woman died just hours after she initially attempted to contact authorities Monday morning, and her five-year-old son sustained critical injuries.

According to police a 39-year-old woman made the 911 call at 8 a.m. Monday to alert authorities that her vehicle had hit a patch of ice, jumped a curb and ended up in a pond. A county dispatcher took the initial call and transferred Yi to a 911 operator who contacted an ambulance service after briefly speaking with the distressed woman. The woman’s five-year-old son was also in the vehicle at the time, and he was listed in critical condition as of Wednesday.

The 911 operator, who has not been identified and is not facing any criminal charges, allegedly hung up the phone and contacted an ambulance service to be dispatched to assist Yi. Though the department’s protocol is to enter the call into a computerized system designed to alert and dispatch police officers and firefighters, the operator failed to do so. The operator also went against protocol in ending the call with the woman.

“Proper protocol would be … we have a one-button transfer switch where you get [the ambulance service] on the line and you remain on the line with them until you’re sure that they have handled the call,” says Laura Martin, director of the city’s police and fire departments’ communication branch.

Could There Be A Wrongful Death Claim?

The 911 call shows that the woman had described her location to the operator and noted that water from the pond was entering the vehicle. After the operator says that help is on the way, the woman thanks the operator and the call appears to end. Although the ambulance arrived within minutes of the call, it took nearly a half-hour for police and firefighters to arrive, and the woman died at an area hospital at 11:45 a.m., just a few hours after she had made the initial call.

Some may say that from first glance, this appears to be a cut-and-dry case of negligence in which the emergency responders had a duty to assist Yi during this emergency, and it’s safe to say that duty was likely breached. However, it is important to determine if the breached duty directly led to the woman’s death, and that is something that has not been confirmed as of yet.

According to an article from the Associated Press, it is still unclear if the delayed response in assistance was a contributing factor in the woman's death and her son’s injuries. And although the operator clearly made a mistake in failing to alert all of the proper authorities, an essential component of any wrongful death case is whether the alleged negligence resulted in the victim’s death.