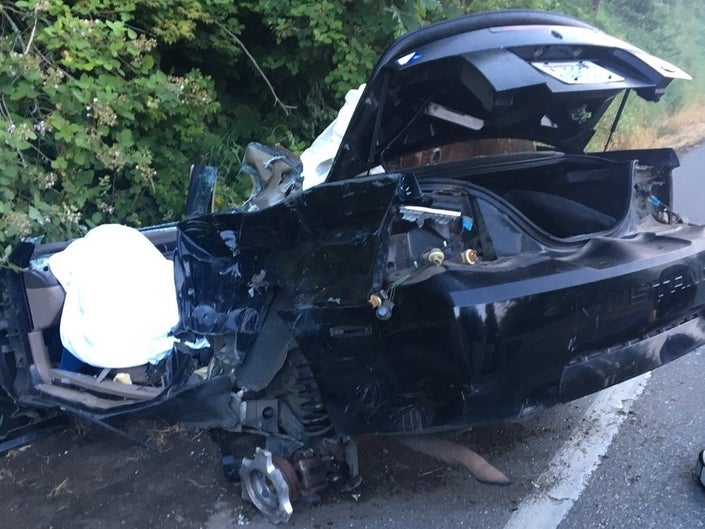 Investigators are unsure of the exact cause of the accident at this time but have noted the pickup was traveling east when it appears to have struck the mustang which appeared to be traveling in the west bound lane or potentially turning in some way.

There were two children injured in the Mustang with the 19-year-old driver, a 4-year-old and an infant who were both transported to the hospital in critical condition according to WSP. The identity of the driver has not been confirmed at this time and her relationship with the children is also unknown as it does not appear she is the registered owner of the vehicle involved in the crash.

Q-13 reports showed fog on the road at the scene of the crash but when asked, a spokesperson for the WSP stated they did not know at this time if the fog was a factor, but it did not appear that road conditions played a role in the crash at this time.

Motor vehicle accidents are a leading cause of death among those 44 years old and younger according to the CDC and accident victims have legal rights. Speaking with experienced attorneys like the team at Davis Law Group, to review legal options is a valuable tool to ensure that you or your loved ones are treated with respect and taken care of in a time of pain and great need.

Davis Law Group has previously been named the best Injury Law Firm in Washington State and is one of the most experienced and respected wrongful death lawyers in the state. To request a free legal consultation, you can call (206) 727-4000, use the chat feature below or fill out the contact form on this page.