Woman, Child Rescued From Burning SUV after Crash In Graham 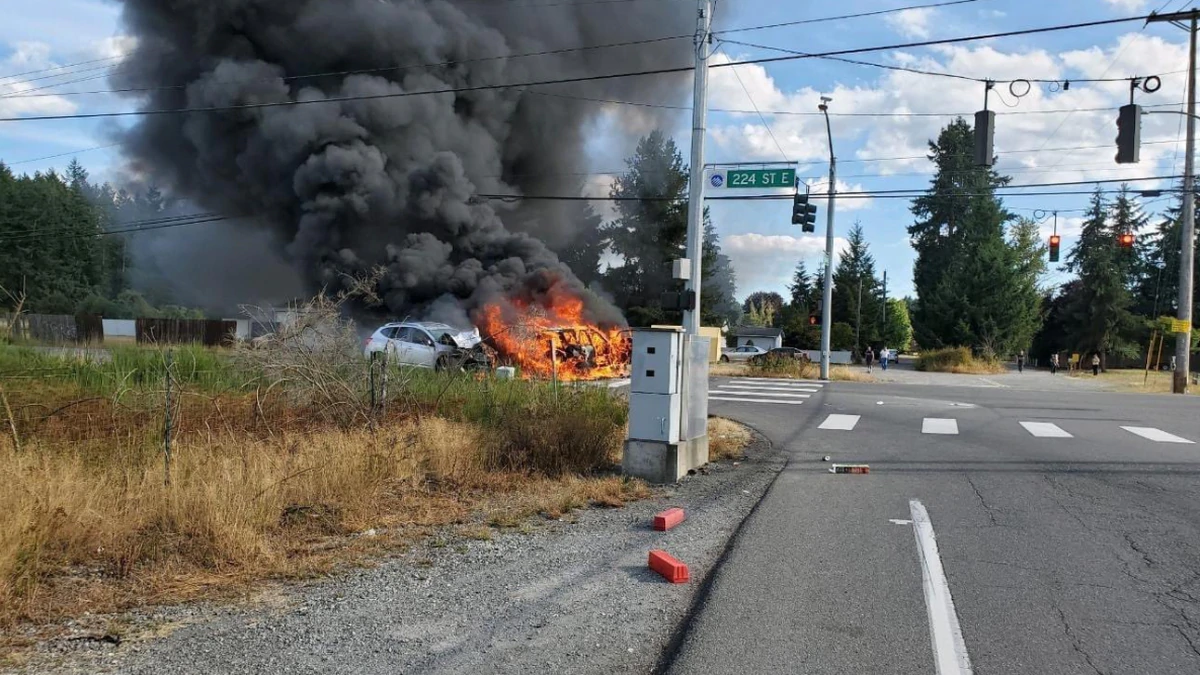 An SUV erupted in flames Saturday night after a high-speed, rear-end collision in Graham, and first-responders are being hailed as heroes for saving the woman and child who were trapped inside.

According to KOMONews.com, the accident happened just after 5 p.m. near the 8200 block of 224th Street E. Graham Assistant Fire Chief Steve Richards says the force of the crash caused both the mother and her 11-year-old daughter to lose consciousness, and the SUV they were traveling in burst into flames.

Fortunately for the family, a Pierce County Sheriff’s deputy and off-duty Tukwila Police Department officer were quick to arrive on the scene. The two rushed to get the adult woman out of the driver’s seat when she told them that her child was also inside.

Using a fire extinguisher to buy time, the two officers broke out the back window and were able to cut the girl’s seatbelt to free her from the burning vehicle. They were both taken to local hospitals, and despite serious injuries are expected to make a full recovery. Three people in the vehicle which rear-ended the SUV were also treated for minor injuries.

More On Burn Injuries And Liability After A Rear-End Collision

Burn injuries from the immediate aftermath of a car accident are actually more common than one might expect. Fires resulting from a car accident are typically caused by damage to the vehicle’s electrical system, combined with leaking fuel or other hazardous chemicals. High-speed collisions are more likely to result in a fire due to the location of the fuel tanks on most American vehicles.

This collision could have been much more serious if it were not for the heroic actions of the police officer and Sheriff’s deputy who responded to the scene. They will likely also serve as important witnesses to the incident as the authorities continue to investigate what may have contributed to this crash.

Liability for rear-end collisions is often times difficult to dispute, as police and insurance companies alike typically see the rear-ending vehicle as being at-fault and, therefore, legally responsible for the damages that may result. Given the severity of the damage in this crash, the victims would be wise to consult with a qualified attorney who has experience handling serious auto accidents.

If you or a loved one has been injured in a crash and are curious about your legal rights, the attorneys at Davis Law Group are here to help. Request a free copy of The Ten Biggest Mistakes That Can Wreck Your Washington Accident Case, or request a free consultation with our award-winning legal team today by calling (206) 727-4000.