Seattle police are asking for the public’s assistance in identifying the driver of a hit-and-run vehicle involved in a pedestrian collision in early June.

According to the Seattle Police Department, the incident took place on June 5 just after 6 p.m. in Lake City. A 30-year-old woman was reportedly standing on the sidewalk near a bus stop in the 11300 block of Lake City Way NE when she was hit by a southbound vehicle that jumped over the curb.

The driver headed back out onto Lake City Way NE and continued southbound, leaving the woman with no medical assistance and a number of serious injuries, including multiple leg fractures. The vehicle was last seen headed west on NE Northgate Way and the driver is described as a white female in her 20s with dirty blonde hair. 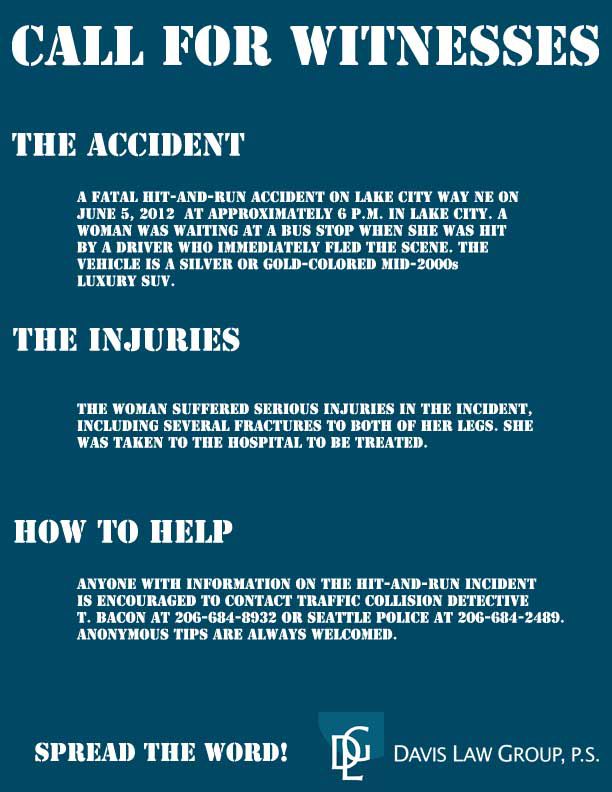 Anyone with information on the hit-and-run incident is encouraged to contact Traffic Collision Detective T. Bacon at 206-684-8932 or the team of pedestrian accident attorneys in Seattle at Davis Law Group. Anonymous tips are always welcomed.