Could Faster Internet Put the Brakes on Self-Driving Cars?

There’s a group most Americans have never heard of that's trying to determine how people will drive in 5 years (Seattle might have a higher number of people who have heard of them, but Seattle is often the exception when it comes to technological issues).

They’re the Intelligent Transportation Society of America and they’re trying to make your internet slower.

What Is The Wifi Innovation Act? 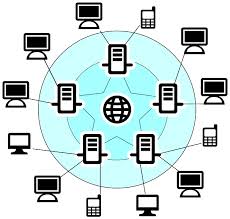 This group came out against legislation (the WiFi Innovation Act) churning through both houses of Congress that would increase the amount of space wifi networks can operate in ("space" is used metaphorically to describe the amount of data any given wifi frequency can handle).

This legislation would, in theory, increase the speed of your internet.

Why would an organization come out against such convenience? Increasing the speed of your internet may slow down the arrival of the driverless car.

Mainstream opinion indicates driverless cars are the next step in transportation innovation. As surely as smartphone followed flip phones, futurists predict that self-piloting cars are inevitable. These cars will rely on the quick exchange of information across from one vehicle to another across frequencies that are difficult to interfere with.

Which brings us back to your internet connection: there are only so many frequencies that can transmit data, and the ones that the Senators proposing this bill want have already been promised to driverless cars. These frequencies are limited and, barring some sort of technological advance that doesn't currently exist, increased wifi frequencies and driverless vehicles are opposed technologies.

So it comes down to communication technology vs. transportation technology. We know how the ITSA feels. They put out a statement on this, hinging their argument on the altruistic and practical point that the “National Highway Traffic Safety Administration (NHTSA) estimates that V2V communication could prevent or reduce the impact of 4 out of 5 unimpaired vehicle crashes, saving thousands of lives each year and dramatically reducing the $871 billion annual cost of crashes to the nation’s economy.”