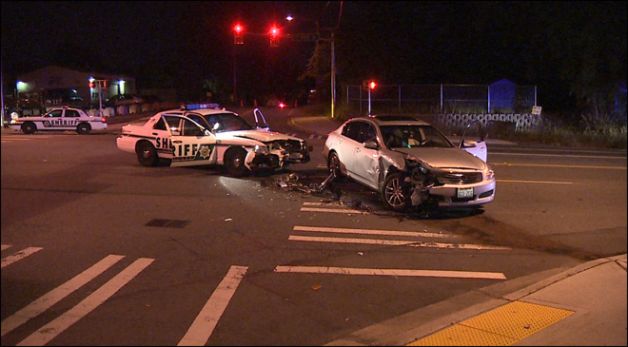 A two-car collision in White Ce​nter Friday morning sent a King County sheriff’s deputy to the hospital and has another man facing possible criminal charges.

According to officials, a man in a silver Acura made an illegal left turn in front of a King County sheriff’s patrol car at the intersection of Southwest 112th Street and 1st Avenue South in White Center. The two vehicles collided and came to a stop in the middle of the intersection.

Official reports indicate that the deputy suffered a concussion in the car accident and had to be taken to a nearby hospital but is respected to recover. The driver of the Acura, who is yet to be identified pending charges, was also taken to the hospital for precautionary measures. Police say he will likely be investigated for suspicion of DUI and booked into the King County Jail.

The award-winning drunk driving accident attorneys at the Davis Law Group help victims get financially compensated for injuries and lost wages. We work closely with criminal prosecutors to make sure that all avenues, criminal and civil, are being pursued effectively. If you have been the victim of a DUI collision, contact Davis Law Group at 206-727-4000.