When Will We See An Uber For Trucks?

Uber was originally known as “UberCab” when it was founded by Travis Kalanick and Garrett Camp in 2009, and originally it was pitched as a timeshare limo to solve people’s inability to get a taxi in San Franciso. It now has spread throughout most major cities in the US, battling traditional taxi companies as well as other rideshare vehicle services like Sidecar and Lyft (from a funding perspective, Lyft is its only competitor). 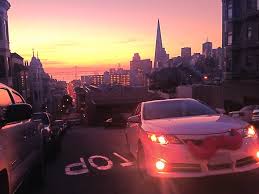 The greatest aspect of Uber is the instant feedback individuals get from each other. Everyone has to play nice, be respectful, and maybe provide snacks. Drivers and riders alike are motivated to be decent. It’s an example of Whuffie, a system incentivizing accountability. Accountability is what the Davis Law Group loves: it makes people act like humans to one another. It keeps prices competitive and enforces all of the good parts of a market economy.

It's safe to say that rideshare services have made countless lives easier and made short-distance taxi-like services a much better value. So the big question is: Where's the Uber for trucking?

People traveling next to trucks on the road are more vulnerable to auto accidents (the case of Tracy Morgan immediately springs to mind). Trucks can cause far more damage to infrastructure than standard vehicles. So how come there isn't a digital nexus for freight transport drivers?

How Trucking Rideshare Systems Could Help

The primary feature that would need to be present is an accountability system allowing truckers to police each other and themselves. But that accountability would mean little if competition through the service lowers wages to nonviable levels. This happens with elecronic service networks like taskrabbit and Uber. Even non-technologically disrupted industries like bike delivery face this. Once a worker can't make an adequate living they start employing dangerous tactics to increase their profit margin per job. For truckers this means driving without sleep, a leading cause in fatal collisions.

But the problem with working for Taskrabbit and being a bike messerger is that they're low skill occupations. It doesn't require any specific course of training to perform those tasks so the specificity of any one worker's background doesn't matter. Trucking, on the other hand, has a steep "learning curve."

Licensing, training, and equipment all form a high barrier to entrance. These forces tend to balance out the devaluation seen by other types of laborers.

The closest thing to Uber for Trucks is DashHaul.com, where they've solved the problem of rates edging ever downward by instantly setting the price for a delivery to the average for that area. But it's unclear if this service will energize freight the way Uber has catalyzed the people transportation business, but hopefully it (or a service like it) can. Hopefully a technological disruption like this will make the whole trucking industry safer.