What To Do In A Deer-Vehicle Collision

According to the National Highway Traffic Safety Administration (NHTSA), approximately 1.5 million deer/vehicle car collisions– including elk and moose – happen in the United States each year. Approximately 150 of those collisions are fatal for occupants of the vehicle and the total cost of property damage in wildlife crashes is estimated at $1.1 billion annually. 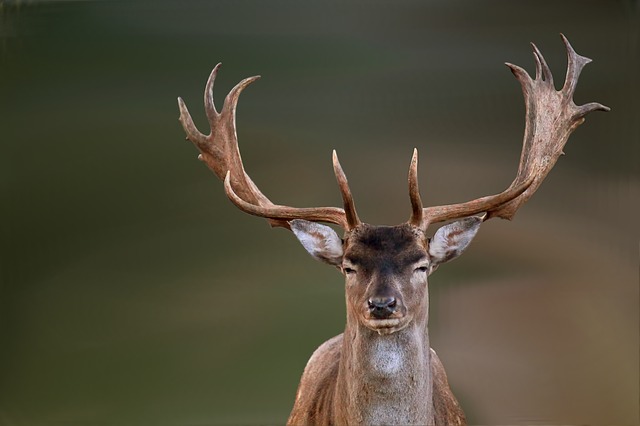 Researchers believe that rising wildlife populations have led to an increase in the number of crashes with deer and other animals in recent years. A decrease in suitable habitat for animals has led them to wander in search of better areas to live, which means animals are crossing roadways more frequently.

Fall Is A Busy Season For Deer-Vehicle Crashes

Deer are crepuscular animals, meaning that their peak levels of activity occur within an hour or so of both sunset and sunrise. They are often hunted as prey by other carnivorous animals, so moving around in the dark is beneficial to their survival. Deer vision is optimized for twilight

When a vehicle approaches a deer in the roadway, the high level of light that comes from the headlights of the car essentially causes temporary blindness in the deer. Because they cannot see, they remain in the same position until their eyes can readjust. This is the cause of the proverbial “deer in the headlights” situation, which makes deer an even easier target of a car accident.

Fall is the beginning of the breeding season for wildlife like deer and elk, which means there is a greater chance that animals will be crossing roadways during that time.

Dealing With Deer In The Roadway

Some of the most serious and devastating car accidents occur when a driver swerves to avoid something in the roadway – be it a person, animal or vehicle – and then crashes into something else, such as a tree or another car.

And while it is always best to stay alert and avoid any car accident that you have the power of avoiding, sometimes the circumstances make a deer-car accident inevitable. In those cases, many experts in the industry say it is actually best for drivers to hold on tightly to the steering wheel, apply the brakes and prepare for an impact with the deer.

And as sad as it might be to injure or kill an animal that was simply crossing the street, it would be even worse to do the same to yourself, your passengers or the occupants of another vehicle. And equally important is the fact that you won’t be sued for hitting a deer like you would for hitting a person.