How Is The Glasgow Coma Scale Used For Brain Injury Victims? 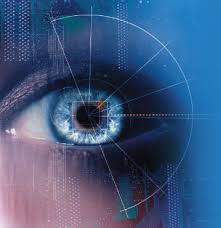 The human brain is a miraculous but fragile organ (it weighs only 3 pounds). Any damage could be catastrophic. One of the tools that physicians and scientists use to measure damage is the Glasgow Coma Scale immediately, or nearly immediately, after injury. It’s the “gold standard of neurologic assessment for trauma patients since its development by Bryan Jennett and Graham Teasdale in the early 1970s,” according to the National Center for Biotechnology Information. This is just an introduction to the Glasgow Coma Scale. As Brainline, an organization dedicated to traumatic brain injury prevention and treatment, says, “trained staff” should apply the scale.

What the does Glasgow Coma Scale actually measure?

What numbers does the scale range from?

Someone who has been assessed with the Glasgow Coma Scale will be given a score from 3 to 15. The lower the number the less activity that person exhibits. A larger number is preferable.

Can the Glasgow Coma Scale score predict any long-term ramifications of brain injury?

This study publishing the Journal of Neurology, Neurosurgery, and Psychiatry gestures to a correlation between a score of 9 to 14 resulting in some lingering symptoms (like headache and fatigue), but tying these outcomes to an early rating on the scale might not be that accurate (the researchers point to other scales, like duration of Post Traumatic Amnesia, for higher levels of accuracy).

Do scientists have any problem with the Glasgow Coma Scale?

Not really. The most common criticism of the scale is its long-term evaluative value.