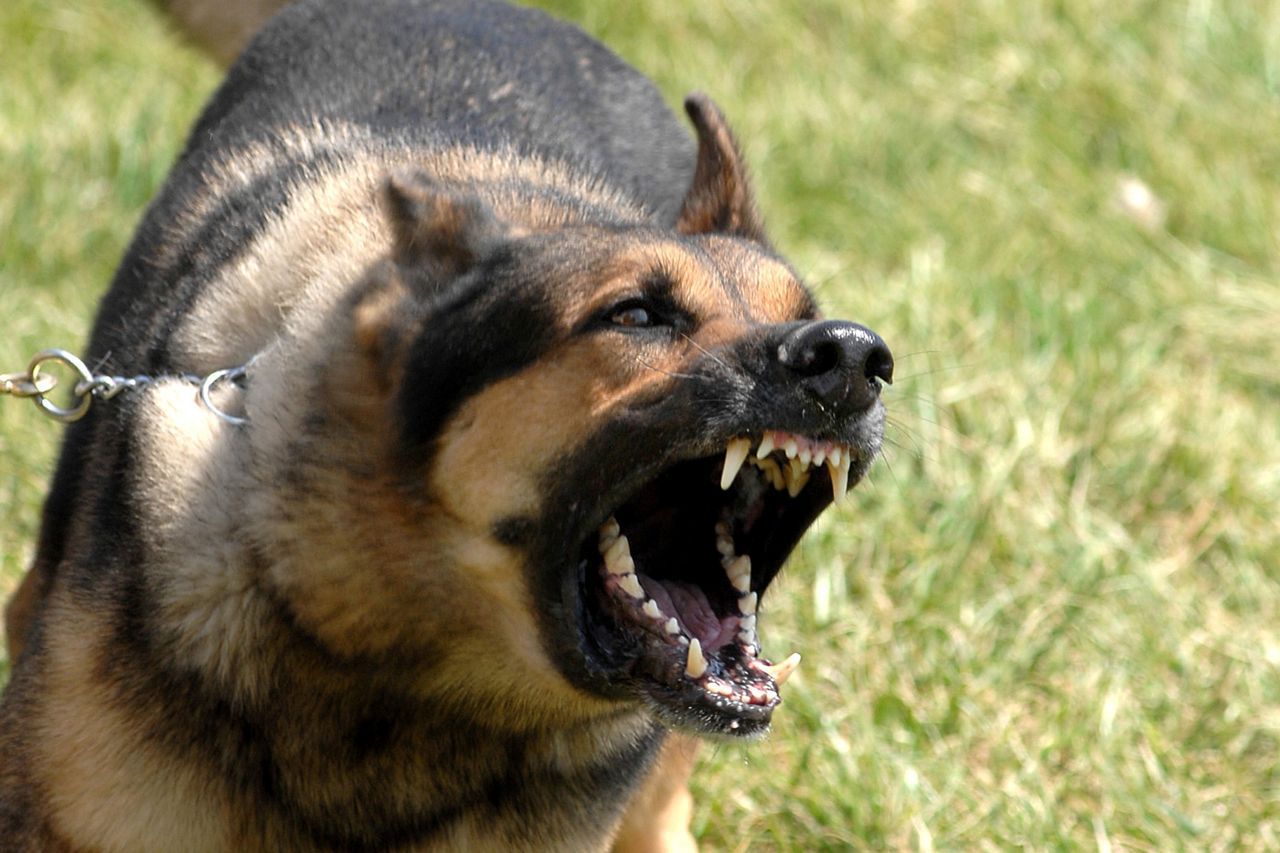 A police dog got away from its handlers and bit an innocent bystander, injuring him during an investigation at an apartment complex in Vancouver.

The incident happened on Sunday the 23rd of September and was caught on video by another bystander watching through their apartment window.

Watching the video the dog can be seen with his handler outside a patrol vehicle where he breaks away,  crossing a street to the bystander who is standing on the sidewalk and biting into his arm.

The dogs handlers reportedly responded by calling the dog back, but eventually came to the bystanders aid after it became clear the dog had latched on.

The bystander reportedly suffered minor injuries and the dog involved will no longer be sent out on calls.

Davis Law Group has previously reported on police dog bites in Washington State and while injuries from police dogs are not incredibly common, the effects from them can be devastating.

Police dogs represent a small percentage of dog bites annually due to their training but like any other tool on an officers belt, the opportunity for harm as a result of misuse or negligence is always present.

The cell phone video from the bystander in the apartment would be a valuable asset in a case for this victim as it shows the moments leading up to the attack as well as the officers response to the attack from a third person perspective.

Body camera footage may be available for accidents like this but due to the nature of the devices, may not be complete, may not have audio and may not even offer high enough quality footage of key moments to be clarify things in court.

Police handbooks on handling of canine units would also be valuable to compare with the video to see if specific procedures or requirements were followed or not.

Due to the nature of what police dogs do, cases in which the dogs bite suspects are complicated and involve proving that any handbook or other rights and restrictions were violated. Policies may vary district to district on rules for canine units, but in no precinct is it acceptable for a police dog to attack innocent people on the street.

If you or a loved one were injured by a dog bite, the Seattle dog bite attorneys at Davis Law Group are here to help. Call 206-727-4000 or use the chat or contact options on this page to request a free consultation with our team and see how we could add value to your case.