This time last year, Washington State passed Referendum 67, the pro-consumer insurance legislation. If you recall, the insurance industry spent approximately $12 Million dollars to defeat this law. Fortunately, the voters passed the measure by an extremely wide margin (57 to 43 percent). 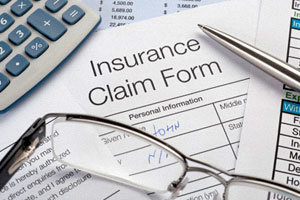 Referendum 67 is now called the Washington Insurance Fair Conduct Act (IFCA). IFCA created a process for consumers who feel their insurance companies have not promptly and fairly settled a valid claim. The Act requires insurance companies to act "reasonably" when settling claims, or risk having to pay a policyholder triple damages if the company ends up losing the case in court.

So far, about 900 auto accident victims have notified the Washington State Insurance Commissioner's office that they plan to sue their insurance companies under IFCA. Under the Act, a policyholder is required to give the insurance company 20 days prior notice of the intent to sue. This is supposed to give the carrier one last chance to resolve the claim.

Washington Insurance Commissioner Mike Kreidler says, "If that's one of the outcomes of Referendum 67, that is very positive from the standpoint of consumers – that they're dealing with better-trained adjusters who are going to make the determination on their particular claim."

Although the insurance industry fought the passage of IFCA by saying the law would raise insurance rates and create more lawsuits, Kreidler says these claims don't appear to have come true.

The Insurance Commissioner's office is tracking the numbers and types of cases and will do some random follow-ups in the coming year. For now, Commissioner Kreidler says he's pleased with the Insurance Fair Conduct Act for giving consumers more clout with their insurance companies.

At Davis Law Group, P.S., IFCA has helped tremendously, especially in the smaller claims where it was not cost-effective to litigate against the insurance company. In those cases, it would cost much more to litigate than what the claim was worth (usually those claims which are valued at $30,000 and under). Our attorneys have helped injury victims get justice in resolving claims against bad faith insurers.