The Washington State Patrol is asking people who witnessed these crashes to come forward and speak with officers about what they saw. Call (360) 596-4000 or the number for your local district office to give your witness statement to officers. 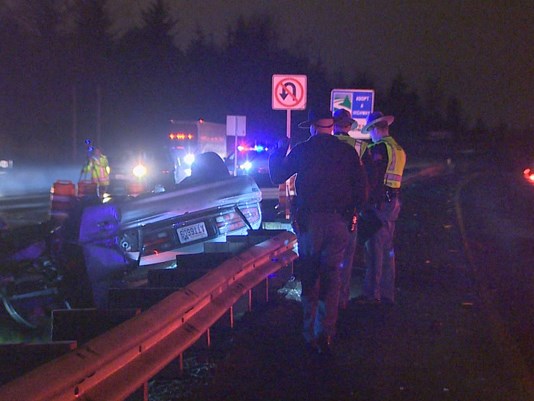 Accident description: This motor vehicle collision began when the driver of a Buick Park Avenue sedan apparently lost control and hit the guardrail on the left side of the highway. The Buick flipped and landed on its roof in the median. A woman was ejected from the vehicle and thrown into the northbound lanes of Interstate 5, where she was struck by several other vehicles.

A white Volkswagen Jetta traveling on Interstate 5 swerved to avoid the woman in the road and rolled over onto its right side.

Investigation: Detectives are not yet sure who was driving the Buick. They obtained search warrants and performed blood draws for all of the surviving occupants of the Buick; all showed signs of intoxication. One was booked into jail on an outstanding felony warrant.

Car plummets from I-5 in hit-and-run crash 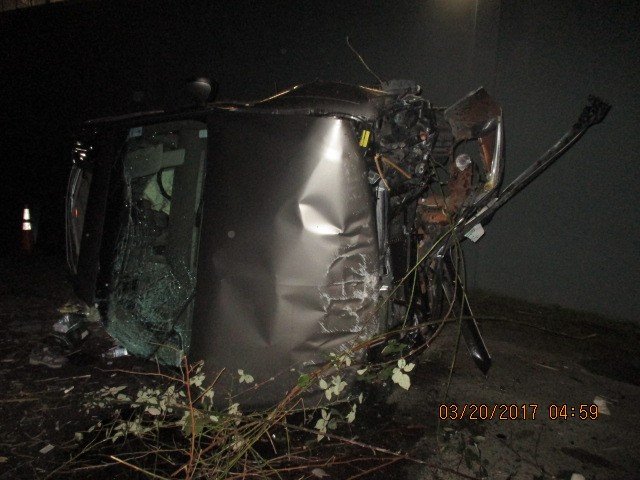 Accident description: A vehicle that was traveling on Interstate 5 at a high rate of speed apparently lost control and crashed into a gold Chevrolet Tahoe. The Chevrolet tipped over the right barrier of the freeway, fell 30 feet, and landed in a parking lot owned by the Seattle Department of Transportation.

The driver of the vehicle that struck the Chevrolet continued southbound on Interstate 5 and left the scene of the accident. It has been described as a dark four door sedan.

Investigation: Police are searching for the dark four door sedan. If the driver is found, he or she will likely be charged with felony hit-and-run.