5 Motorcyclists Killed In Multiple Crashes Across Washington State This Weekend 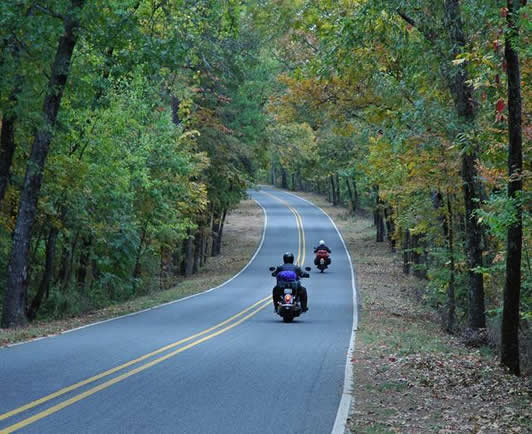 Summer Weather means more Motorcycles on the road here in Washington State, and after what has already been a deadly year on Washington roads, five more motorcyclists have lost their lives.

Seafair weekend in Seattle was paired with some of the warmest, and driest weather of the year making for what would seem to be perfect conditions for riders, but in at least one case, the festivities may have played a role in the tragedy that took place.

One accident involved a rider who had pulled off into the gore on I-5 Sunday night after his bike had broken down where he was struck and killed by a woman driving a mini-van, who authorities now say they believed to have been under the influence.

Another crash potentially involving alcohol occurred on Saturday Morning along Maple Valley Highway in Renton where a rider was struck by a vehicle from behind and killed just outside a Sports bar.

Additionally, one rider was killed Saturday night after an SUV failed to yield for traffic while making a left tun on Highway 12, causing a crash that killed the rider and send the driver of the SUV to the hospital.

And finally, two motorcyclists died after a head on collision on highway 101 after one rider crossed the centerline Saturday afternoon.

Understanding the Risks of Motorcycle Accidents

Unfortunately, the legal team at Davis Law Group is all to familiar with deadly collisions like these. Whether alcohol was involved or not, negligence on the road for even a moment by a rider, or any vehicle on the road with them, could cost lives.

The weather has been perfect for rides on scenic routes like Washington’s 101, a two-lane highway which is known as a road trip staple for its winding curves and picturesque views. Unfortunately, its just that combination of danger and distraction that leads to it being one of Washington’s deadliest roads, especially it seems, for motorcycles.

It’s hardly a shock that motorcycles are more dangerous than your standard automobile, but just how much more dangerous it is can still be staggering. According the National Highway Traffic Safety Administration or NHTSA, in 2016 motorcycles were 28 times more frequent than automobile fatalities.

Each Accident Is A Unique Tragedy with Individual Factors

Even in the accidents this weekend which involved drunk drivers, there could be any number of additional factors at hand that could have contributed to the tragic result, and no one can truly understand the cause of an accident without the full context of a complete investigation.

Motorcycle crash investigations take time and a high level of expertise in order to break down each unique factor involved in the case. This ensures all of the needs of our clients are met. An incomplete investigation can mean an incomplete recovery, which can cost victims immensely.

If you or a loved one has been harmed in a motorcycle accident, call our award winning team of motorcycle accident attorneys at Davis Law Group to request your free consultation using our contact page, the chat option below, or by calling us at 206-727-4000.