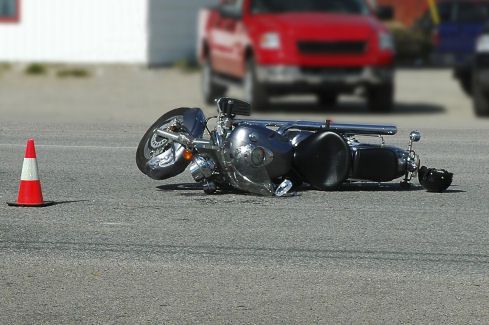 Police officials announced that they have cited a semi truck driver for his role in a serious motorcycle accident in the town of Warden that left a motorcyclist seriously injured last week.

According to police, 51-year-old Ramon Mendoza was cited for failure to yield after he passed through an intersection in Warden and struck a 61-year-old motorcyclist, identified as Trinidad Valdez of Moses Lake.

Police allege that Mendoza was driving his 2005 Freightliner tractor trailer on South County Road near the intersection of SR 170 in Warden to pick up produce. According to police records, Mendoza failed to ensure that the intersection was clear of traffic before he proceeded to cross, which allegedly caused him to drive the truck in the path of Valdez’s motorcycle.

Mendoza’s failure to yield did not give Valdez enough time to avoid the collision with the truck. Valdez reportedly attempted to lay down his motorcycle in order to avoid or minimize the impact, but the motorcycle struck the truck on the passenger side near the fuel tank.

Valdez was reportedly not breathing when officers and EMT personnel arrived at the scene of the crash. EMTs were able to stabilize the victim and restore his breathing, and he was airlifted by helicopter to Kadlec Regional Medical Center in nearby Richland.

The victim was later transported to Harborview Medical Center in Seattle, where he remains in serious condition and is reportedly receiving treatment for multiple head injuries.

Motorcycle accidents (in addition to collisions that involve a large semi-truck or tractor trailer) are often more severe than standard motor vehicle accidents due to the difference in size and weight of the vehicles involved. Unfortunately for the victim, this particular collision involved vehicles on the two extremes of this spectrum – a large truck and a motorcycle.

The police felt it was appropriate to issue a citation to the driver of the semi-truck suggests that liability for the collision was relatively straightforward. Nonetheless, it is always tragic when such a significant injury could have been avoided by a little extra caution on the part of the truck driver.