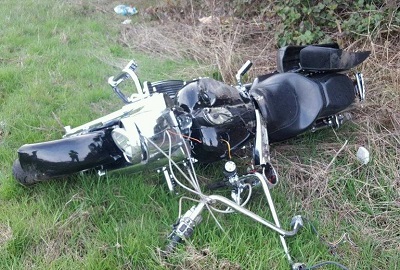 It comes as no surprise that the arrival of sunny weather typically coincides with a stronger focus on motorcycle safety in Washington, especially as the number of riders in the state spikes significantly during the summer time. There have already been a significant number of motorcycle crashes in Washington state this year, with the Washington State Patrol (WSP) noting that most of the fatalities were caused by rider error, not another vehicle. In response to the trends, the WSP is urging motorcyclists throughout the state to take advantage of education and training courses available to them.

There are many factors that come into play in terms of motorcycle safety on Washington’s roadways. Perhaps the most significant is the fact that motorcyclists, like bicyclists, are not adequately protected from collisions in the way that motorists in cars are.

This means that other factors, such as slick roadways and high speeds, create an even higher risk of serious injury in the case of an accident. This, in addition to the fact that motorcyclists can be seasonal riders, makes continuously refining driving skills very important for motorcyclists.

“At times, riders become complacent, or get an ‘I’m the best rider there is’ attitude,” reads a June 11 press release from the WSP. “When that happens, riders just might be putting themselves on a collision course. We encourage riders of all skill levels to swallow their pride and take a motorcycle training course.”

Majority of 2012 Crashes are Rider-Error

In an official press release dated May 9, the WSP announced that there had been 13 motorcycle fatalities in Washington 2012. That release also declared that 11 of those fatalities were “caused by the rider and not another vehicle.”

Though motorcycle safety efforts have increased in recent years, thanks to strategic campaigns by the WSP and other law enforcement agencies in the state, the trend of rider-caused motorcycle accidents leads experts to shift the focal point to rider experience and skill level.

“In 2011, troopers in Thurston and Pierce counties investigated 122 motorcycle collisions that were rider causing,” the June 11 release added. “Collisions like these are 100% preventable, and quite honestly, should not be happening.”

As mentioned earlier, perhaps the most useful tip for improving motorcycle safety is to enroll in a rider education and training course. These courses are led by experts with plenty of experience in motorcycle safety and can help riders sharpen their driving skills.

In addition to backing motorcycle training courses, the WSP offers a series of safety tips for motorcyclists who may be dusting off the helmet and leather jacket for the summer riding season:

Also, all motorcyclists should be properly licensed and endorsed before jumping on the two-wheeler. An important component of motorcycle safety is the certification that approved riders receive on their driver’s licenses, and those without the appropriate endorsement present a serious risk to others on the road.

Upon analyzing WSP motorcycle fatality records, BestScenicRoutes.com found that there were 364 motorcycle fatalities in Washington state from 2005 to 2009. Of those, 40 percent – 141 total riders – were not properly endorsed when they were killed.

So, what’s the bottom line in motorcycle safety? Motorcyclists should enroll in proper certification courses prior to becoming a full-time rider, in addition to focusing on refining their skills as often as possible. The lack of protection from collisions and the trend of rider-caused accidents in the state puts the responsibility in the hands of motorcyclists themselves.