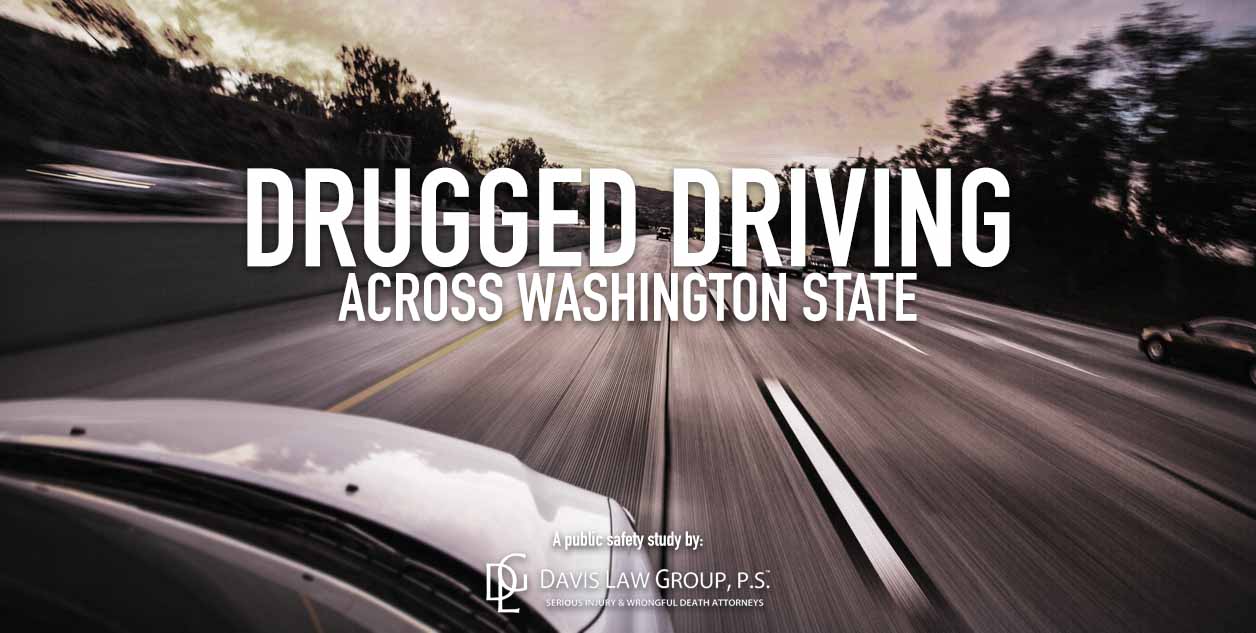 Driving while high on drugs is unacceptable. But selfish people continue to do so, causing serious accidents that kill and injure innocent victims.

Numerous studies have been conducted that examine the problem of drug-impaired driving in the United States, but few have looked at the problem specifically in Washington state. Using Washington State Patrol collision data, we have done just that.

The study has been featured in news outlets across the state, including Seattle PI, KGMI radio, and KIMA TV.

The top-rated car accident attorneys at Davis Law Group try to encourage responsible behavior and prevent drugged driving tragedies. Despite the efforts of educators, law enforcement, and countless non-profit organizations, the problem of drug-impaired driving persists and some Washington counties are especially prone its devastating consequences.

Drugged driving kills thousands of people every year across the country, and the presence of drugs in crashes is increased. The need for additional data is important, and we hope that this study plays a small part in raising awareness.

Using the Washington State Patrol Collision Analysis Tool, we looked at all collisions between January 2015 and September 2018 that involved drugged driving. Specifically, that meant filtering all crashes down to the ones that listed “Under Influence of Drugs” as a contributing circumstance.

Once we had the raw data, we began breaking it down by county and injury severity. We focused on “Fatal” and “Serious Injury” collisions, as those are the most likely to be newsworthy and spark debate.