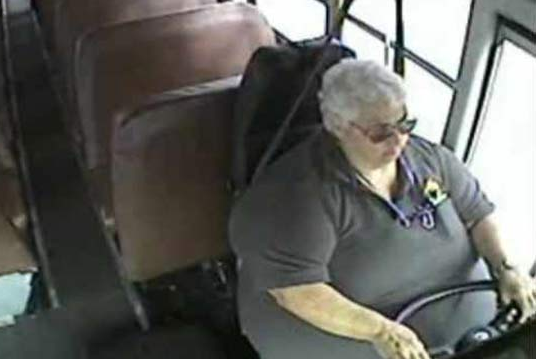 A violent car accident in Tacoma involving a school bus earlier this week has led officials with Tacoma Public Schools to investigate the driver who is believed to have caused the crash, according to a report from KOMO News.

On Monday, a contracted bus driver working for Tacoma Public Schools allegedly caused a multi-vehicle crash on State Route 509 in Tacoma. Surveillance camera shows the woman driving along the highway before she slams on the brakes and crashes into the back of a pickup truck.

Because a full-sized school bus is so much larger than standard motor vehicles – including pickup trucks – the collision pushed the pickup truck into another school bus, but fortunately the truck did not get stuck between the two vehicles and the driver escaped serious injury. The second school bus also had a surveillance camera installed and that footage shows the bus driver getting blindsided by the first school bus.

Thankfully, there were no children or other passengers present on the school bus at the time of the accident. Surely the impact of the collision was forceful enough to have caused injuries to children if the bus had been carrying students when the crash occurred.

According to news reports, the female driver in the first school bus was ticketed for negligent driving, putting her at-fault for causing the accident. The video also shows that the woman was not properly wearing her seat belt at the time of the incident, and that has prompted officials with Tacoma Public Schools to take a deeper look into the situation. There is no word on whether the at-fault bus driver has been suspended from her job, but it is presumable that the purpose of the Tacoma Public Schools investigation is to evaluate her employment.

Speaking about this particular accident, officials with the Washington State Patrol (WSP) say that it’s against state law to wear a seat belt in any fashion other than the way it was designed to be worn. Both Tacoma Public Schools and Durham School Services, which is reportedly the contracting company that provides bus drivers for the district, added that their policies require bus drivers to obey state seat belt laws.